Back around 1993 there was a guy named Bill Clinton who was running for president.  Even though I was pretty well up to the beat on politics and the news, I had never heard of this man.  The first remembrance I have of him was hearing that he was accused of cheating on his wife.  Well of course this may or may not have been true (at the time) but it certainly wasn’t a good ‘foot to get off on’ as far as my acceptance of this candidate.

But then the picture became very clear, to me at least.  This man actually went on national TV and said that he had tried marijuana but he didn’t inhale.  That did it for me.  Being a little familiar with lawyers, it was obvious that this lawyer was no different.  he spoke to me and everyone as if we were stupid jurors sitting in the jury box and believing anything that he says.

I don’t mind being lied to but I draw the line when someone insults my intelligence with a lie so ridiculous that it assumes me a moron.   And then this is magnified by them telling this self serving lie to an entire country.

And so from that point forward, I would never listen to anything  Bill Clinton said.  ANYTHING.   Thanks to the remote control and later Tivo, whenever he would speak I would simply mute the audio, change the channel, or skip past that segment of the recorded broadcast. 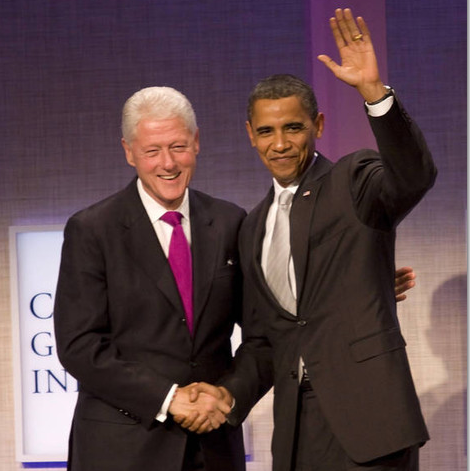 [1]Fast forward to 2008.  Another lawyer running for President.  After 20 years of attending the same church, Barack Hussein Obama tells the country that ” The statements that Rev. Wright made that are the cause of this controversy were not statements I personally heard him preach while I sat in the pews of Trinity or heard him utter in private conversation. When these statements first came to my attention, it was at the beginning of my presidential campaign.”

So again not only was my intelligence insulted, but again the intelligence of the entire nation was insulted.

For self loving lawyers like Obama and Clinton, lying is developed into an art form after the seed is planted in law school.    And as their self adulation grows, it becomes second nature to them and one of the main arteries feeding their narcissistic personalities [2].

And so, like before with Clinton, I have not and will not listen to ANYTHING this narcissistic liar will say.

Why should anyone with any degree of intelligence spend their time listening to someone who you know is a liar and thinks you are so stupid that you will continue to listen to him even after he has knowingly lied to you before?   ( I probably could have structured that sentence better but you get the point…) 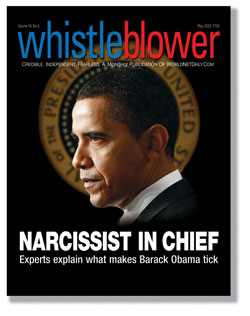 Get Whistleblower Magazine at