Didn’t watch Fox or any news this week.  Didn’t listen to talk radio this week.  I refuse to be part of 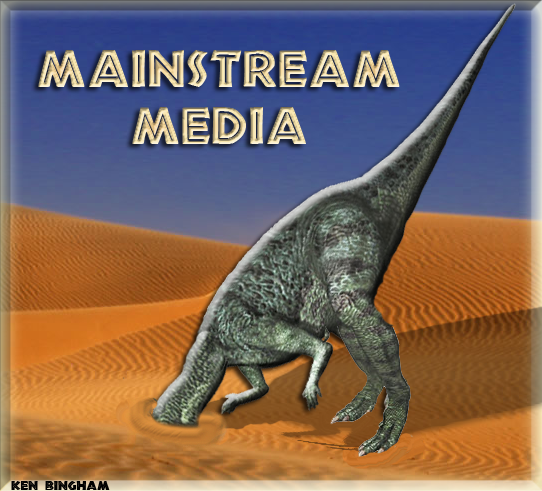 [1] this disgraceful display of a media dominated by robotic hosts and Pre-K mentality sheeple that are their producers.

Wow – did I miss out on such a great career.  Just think about it.  Sit in a room filled with TV monitors and watch what all the competition is doing and saying and just copy it and present it as your creation on your networks show.  Then on Friday pick up this great pay check and on Saturday party at The White House!

In case you don’t understand what the hell I’m talking about,  just grab your remote any weeknight and surf the news shows for about 15 minutes.  That’s right.  They are all doing the same thing.  They even time it the same!  (It will make you wonder why they don’t just all merge and save a lot of overhead! ) You might say to me; ‘hey dummy, the news is the news and usually it is the same’!

The point is that they are ALL DOING THE SAME  ‘ NON NEWS ‘.

A degenerate killer is not 24/7 news.  A church on Christmas being invaded by Muslims and butchering the priest at the alter and killing 50 people while they pray and yelling ‘Allah Achbar’ – THAT IS NEWS.    Did you see that on any networks?  Maybe for a 5 second spot then they moved on to Michael Vick and his adopting a dog.

It is the stuff that the real American media once ridiculed The National Enquirer for exploiting.  Remember then?   You read about it as you checked out at the supermarket…

Yes, the media producers in America are a national disgrace.  From print to TV, they are pathetic.  Of course there are a few exceptions like World Net Daily, but they are mostly found only on the internet and the trouble is that most of the voting illiterate don’t use the Net for educational purposes, if you know what I mean.

Anyway, so here we go again.  24/7 of exploiting this sad event.  And to fill all their time slots (instead of being creative and investigating real news that affects everyone daily; like spending an extra dollar for a gallon of gas so the Saudis can have even more money to finance the Muslim atrocities all over the world.) they shower the airwaves with babytalk and bullcrap about how ‘we’ as a country are to blame.  (Remember 9/11 how “we” had “our” guard down?  I don’t know about you, but I was a pita bread baker for all those years that led up to 9/11.  I didn’t know “we”/I was supposed to also be responsible for our national defense. )

[2]And here we go again being suffocated with the life and times of a deranged subhuman murderer.  I DON’T GIVE A DAMN ABOUT THIS PIECE OF SHIT.  (bet most people feel the same way.)    Before this is over and the pathetic media moves on, more people will be able to recognize this POS than Bill Gates or Jonas Salk.  But you can understand this.  I mean guys like Gates and Salk only improve life for everyone in the world everyday of the week.   Same importance….

And the poor victims.   Of course we feel terrible for them.  But the President and Congress and flags at half staff?  Heros?  I looked up ‘hero’ in a the dictionary.   Can’t find any definition of ‘hero’ as ‘an innocent person murdered by a deranged individual’.   All the definitions though did apply to our soldiers who sacrifice their lives for us and come back in the back of an airplane for only the family and friends to honor.  No President, no Congressmen, no national media at their funeral, no life story and pictures of them for us to honor.   In fact, most of the time the MSM is right there to report it when these heroes make even the most questionable mistake!  Shame on them and shame on us for ever tuning in or buying their trash.  ( See American Priorities [3]and The American Media – A National Disgrace [4]) 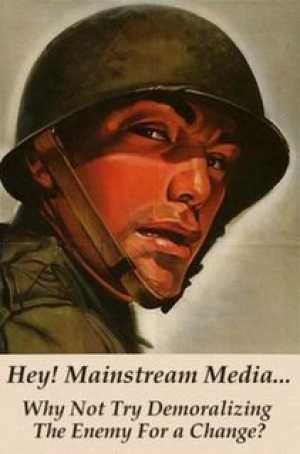 To all of you ‘stars’ and producers of the main stream media:  ‘You should be ashamed to pick up your paychecks’.   My 8 year old kids  are more creative and ‘get it’ more than you do.

Be prepared for evil

Rather than trying to fathom it, just be ready to stop it

There is evil among us. Always has been, always will be. As I write this, in the past four days, a high school assistant principal in Omaha was shot and killed and the principal wounded. Democratic Rep. Gabrielle Giffords of Arizona and 19 other Americans were gunned down at a constituent meeting being held at grocery store in Tucson.

Federal Judge John M. Roll, a 9-year-old girl and several others are dead.  A dozen more, including Mrs. Giffords, are gravely wounded.

In addition to this slaughter and the gunning down of the high school principals in Omaha, scores of other law-abiding Americans were murdered, raped and beaten this past week.   These victims didn’t make the national news, but they are victims nonetheless.

Dozens and dozens of additional Americans will become victims next week.  And the week after.   And so on.

It is hard – almost impossible – for people of good will to fathom the depth of evil that resides in the soulless monsters who commit these senseless, violent and deadly crimes.

I’m not interested in understanding why these deranged, rabid monsters commit carnage.   Trying to make sense from complete nonsense is a waste of time…