Magical.  It's the only word that can best describe the genius of the Internet.  This video is kind of a 'How the Internet Works for Dummies.'  Well after watching it, I still feel like a dummy.  It's too amazing (magical) to understand that it can be real.  What I do understand is that the geniuses who put this thing together should have a World Holiday in their honor. 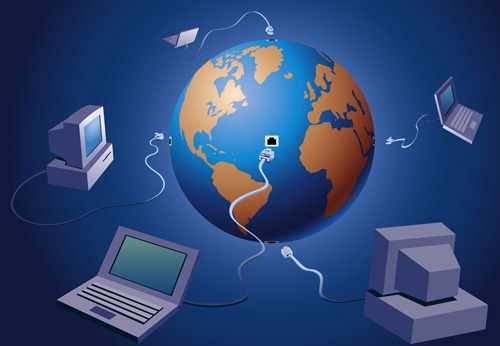 [1]These guys have to be in the top 5 of most influential minds ever to benefit mankind.  And that's a hell of a club to be in especially when you consider 'Who' is Number One…

Tim Berners-Lee, on 25 December 1990, with the help of Robert Cailliau and a young student at CERN, he implemented the first successful communication between a Hypertext Transfer Protocol (HTTP) client and server via the Internet.

Vinton Cerf first developed what later became known as the internet i.e. the interconnectivity between computers world wide in 1973. The invention of the system to place information on this system was later developed by Tim Berners Lee – the World Wide Web (WWW) 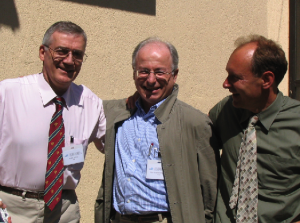 [2]Robert Cailliau, Jean-François Abramatic and Tim Berners-Lee at the 10th anniversary of the WWW Consortium.

Click image to read the History of the World Wide Web

How does the Internet work?