A simply great interview with Raymond Ibraham [1] and a video by Paul Weston [2] is a must for those still confused about, or still not even aware of the civilized world's most enduring and mortal enemy.

Persecution of Christians Today Can Be the Fate of the West’s Non-Muslims Tomorrow.

…. It's been going on, and the same exact patterns, for centuries. Such persecution is well recorded in the world's primary historical texts – western and eastern. It's not so well known in the West, however, because western mainstream media are less interested in reporting ugly truths than they are in validating their secular, liberal narrative – a narrative which maintains that Muslims are fundamentally peaceful, and, far from being persecuted, Christians are the oppressors.

… To those Muslims who can still think – and they are not a few – they immediately see through Islam’s low self-confidence and thus need to keep people from critically thinking or questioning, and they often become apostates, even if only secretly. Conversely, those with less critical skills – who are popularly called ‘Islamists’ – often buy into the Islamic worldview, based on Sharia teachings, and become ‘radical,’ or, in short, espouse the 7th century mentality of a desert Bedouin they deem infallible, that is, their prophet.

…The long record of Muslim violence specifically targeting churches, monasteries, and crosses is conclusive evidence of Muslim hostility toward the Christian religion itself. This centuries-old, continents-wide pattern of violence cannot be explained by the race, culture, or particular circumstances of the perpetrators … The common factor in all these attacks on Christian worship – the real reason behind them – can only be Islam itself. 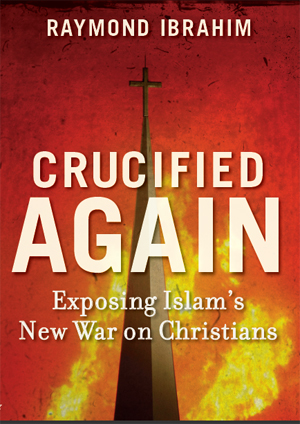