It is now clear for any average American who wishes to call himself informed that it is now beyond obvious that Obama is a stealth Jihadist advancing the same cause as Al Qaida but using deception to advance it in order to weaken the United States as quickly as possible. This strategy is advanced without alarming his own supporters and using the fawning media to keep at bay the pathetic, weak and useless Republicans from opposing this traitor we call President and Commander in Chief. 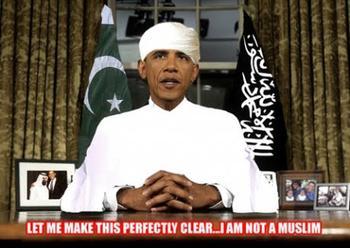 [1]Jihad From The White House

Posted on June 2, 2014 by Keith Davies – The shame is on us as Americans, that we as a nation would vote for a Jihadist named Barrack Hussein Obama, a supporter of the Muslim Brotherhood and now a sellout to terrorists advancing their cause. 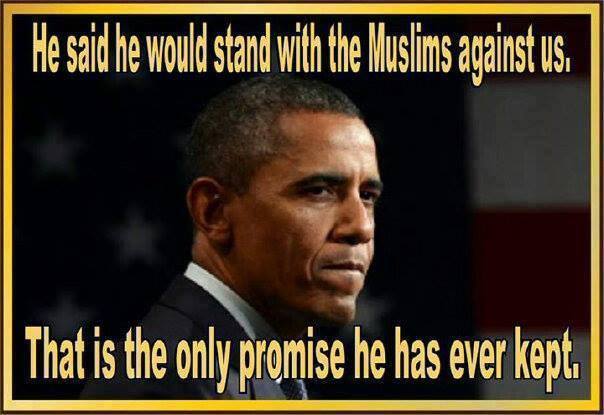 The release of this deserter Bowe Bergdahl (for five dastardly terrorists) who is now obviously a Taliban operative of the “radical” form of Islam according to the PC crowd, along with his father who is also a fundamentalist Muslim declared in Arabic from the Rose Garden standing next to the President who smiled with agreement when this terror supporting jerk proclaimed his victory for Islam in the Arabic language.

The so called conservative media is ignoring this, making excuses for the father or asking out loud why the father praised Allah in the Rose Garden, and dare not conclude the obvious. …

The guy is not a chief executive other than he loves flying Air Force One, but the big picture of destroying this country economic and military power so his Jihadi Muslim Brotherhood friends can build their Caliphate is now open for all to see if you have the common sense and courage to see it.  Alas still most Americans are not even low information but are no information voters as we continue down the sink hole created by our own stupidity.

[3]Here Walid Shoebat explain how outrageous this release of the Terrorists is and how Obama understands and indeed supports the ramifications that will result from it: 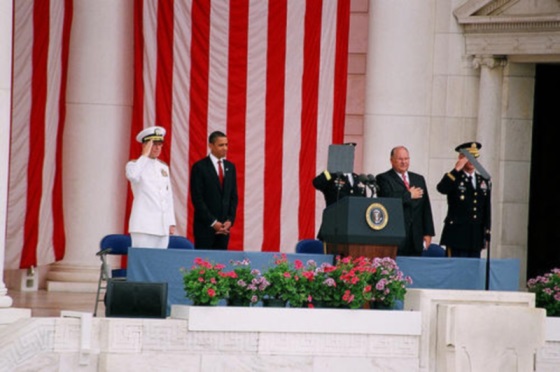