Iranians do the talking but the Saudis ‘do the walking.’  Iranians are labeled the number sponsor of terrorists by an ignorant and naive West but the Saudis are without equal in teaching and financing jihad around the world.  In America alone, since 9/11 there have been over 2 times as many Mosques built, mostly financed by Saudi money.

Early in his warlord career Mohamed discovered that deception was one of the most powerful tools in any wartime arsenal.  His employment of deception earned him and his predecessors victories that ultimately led to the domination of the Middle east by Islam. 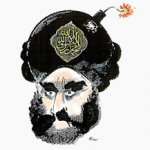 War is deceit – None of this should be surprising considering that Muhammad himself, whose example as the “most perfect human” is to be tenaciously followed, took an expedient view on the issue of deception. For instance, Muhammad permitted deceit in three situations: to reconcile two or more quarreling parties; husband to wife and vice-versa; and in war (See Sahih Muslim B32N6303, deemed an “authentic” hadith).

The entire sequence of Quranic revelations are a testimony to taqiyya and, since Allah is believed to be the revealer of these verses, he ultimately is seen as the perpetrator of deceit. This is not surprising since Allah himself is often described in the Quran as the “best deceiver” or “schemer.”  read full article: Islam’s Doctrines of Deception [1]

The Saudis are the very best at following Mohamed.  And so Saudi Arabia has achieved near perfection in deceiving the West, and especially America, that it is a friend and ally. 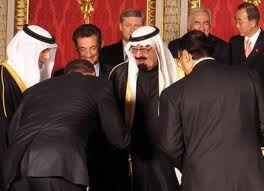 On September 11, 2001, 19 Saudi Nationals butchered 3000 innocent Americans.  It is beyond belief that George W. Bush and America would embrace this country, the home of not only the hijackers but the origin of Jihad education and money around the globe.

And of course to add insult to injury, they slap America in the face by absolutely forbidding any Churches in the country.  As we stated here before: We Are The USA – Ultimate Suckers of America [4] …

Of course in the end when America and the West finally wakes up we will visit Saudi Arabia and Islam as we should have on September 12, 2001: 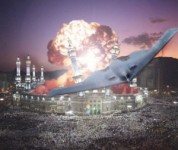 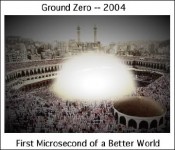 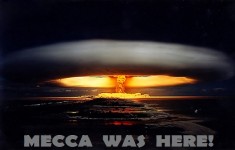 Posted on June 8, 2014 by Creeping –  “Not a single church or other non-Muslim house of worship exists in the country,” says Bandar al-Aiban, the director of the Saudi National Human Rights commission. Churches are not allowed to exist “because the entire country is a ‘sacred mosque’ for Islam’s holiest shrines in Mecca and Medina.”

International Christian Concern has highlighted the extent of the restrictions in Saudi Arabia, which is officially an Islamic state, and the consequences they have on the millions of Christians, who are mostly foreign workers, living there.

“Saudi Arabia remains unique in the extent to which it restricts the public expression of any religion other than Islam,” the United States Commission on International Religious Freedom said in its 2014 Annual Report. …