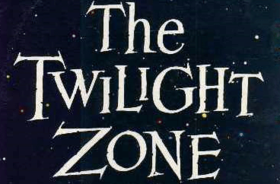 In Texas Alone, 60,000 Babies of Noncitizens Get U.S. Birthright

Just for perspective, this is about 60,000 anchor babies in one state, for one year. It is obvious one of the greatest incentives for illegal immigration is the citizenship birthright for noncitizen parents. Remove this ridiculous benefit and not only will illegal immigration slow, but self-deportation of those already here will increase exponentially. Here’s the latest on this story, and Boehner’s comments about the 14th Amendment.

Parkland Memorial Hospital delivers more of those babies than any other hospital in the state. Last year at Parkland, 11,071 babies were born to women who were noncitizens, about 74 percent of total deliveries. Most of these women are believed to be in the country illegally… But to Republicans, the emerging national debate is long overdue, considering that millions of immigrants have been living illegally in this country for years.

“They’re violating our law, and we’re giving their children the benefit of U.S. citizenship,” said state Rep. Leo Berman, R-Tyler, whose 2009 bill in the Legislature would have challenged the birthright of immigrant children.

That bill died in committee, although Berman has vowed to file another version next year that would prohibit the state from issuing birth certificates to the children of “illegal aliens.”

“I’ve checked the Congressional Record for when the 14th Amendment was written, and the author was quoted as saying that it did not apply to foreigners,” he said. “There’s no question in my mind about it.”