For more than forty years, Congress borrowed money to fund its programs, assuring the re-election of its members. It has looted all its trust funds and amassed a crushing debt, which it has no intention of repaying, leaving the responsibility to future generations.

Congress has hidden from view the content of proposed legislation containing onerous new regulations and massive appropriations, preventing the People from commenting on legislation which otherwise would never have become law.

Through legislation and decree, government is gradually taking ownership of more and more private entities, causing what is known as “socialism,” which is the absence of economic freedom, to become more prevalent.

It is for these reasons and many more America’s Freedom Amendments need to become, and will become,  the law of the land. 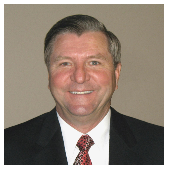 Support and learn about this great effort at: