Sad, Very Sad.  Nine years after 9/11 and still no Twin Towers.   The Good Guys are indeed stupid and weak.  Instead of expediting the resurrection of an American Icon, they have let the whole at Ground Zero remain a whole – a symbol of the enemy’s success against America.

The ‘Twin Towers’ need to be exactly replicated there, only taller.  A memorial at this site only gives testament to the Muslim subhuman’s achievement on 9/11 which is a disgrace to those poor people butchered that day.
There is only one way to honor the victims of this barbarity;
The Memorial needs to be built directly over the Kaba in Mecca as a symbol that their attack indeed awoke ‘the sleeping giant’ that will react ‘in kind’ to their aggression. 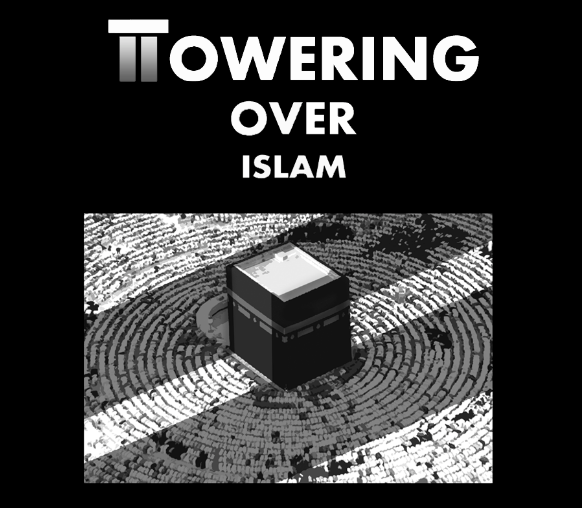 [1]
It’s time The Good Guys show their strength and resolve instead of the weakness and tolerance that led up to this atrocity.
It’s time to understand this enemy and defeat it, for good.

Check Out and Support The Twin Towers Alliance.

Nine years after the September 11 attacks, the long-delayed redevelopment of Ground Zero finally has gained momentum. 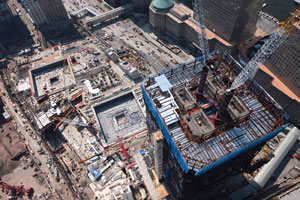 [3]Redevelopment of Lower Manhattan’s World Trade Center site has been beset with problems: design changes, funding problems, and political squabbling. And, there wasn’t even much to see at the site for nearly a decade, save for the tops of cranes and a few rumbling trucks, as a tall fence wrapped the perimeter.

But nine years after the September 11 attacks, there finally are tangible signs of progress. A memorial and a tree-filled plaza will be completed next year, in time for the 10th anniversary. The museum will open in 2012. And the steel framing of One World Trade Center—now at 36 stories—is clearly visible above the fence.