God Bless Pamella Geller and all those  patriots in New York on 9/11/2010.  The whole country owes them our gratitude and support. [1] The mere fact that Americans actually have to protest to keep a known enemy from setting up a ‘monument to their victory’ at the very site of that victory right here in our country is beyond belief. 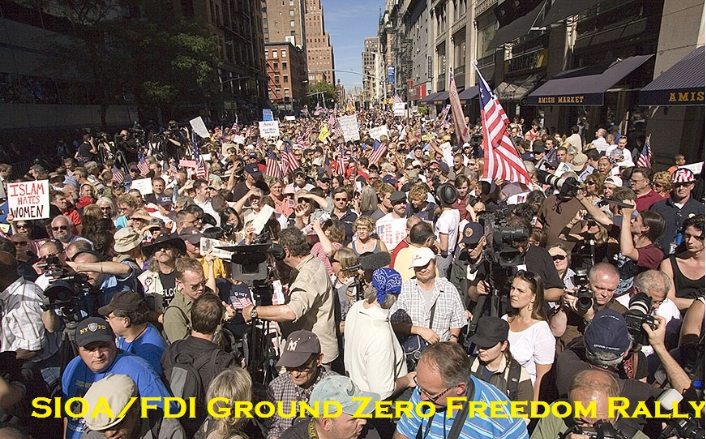 Tens of thousands descended upon Ground Zero [3] today to remember those we lost nine years ago, and to save the American principles of freedom that the sharia tramples.

Crickets are chirping in taqiya [4] media newsrooms nationwide (although they were all there). There has been no coverage.

We organized a rally of remembrance that dwarfed the opposition. If the America haters had 4,000, we had ten times more. The media is playing the dueling rallies; it was no such thing.

Check out all the pics and the report at