Didn’t know where to categorize this one.  In the Humor category or The Jack Asses category…

Let me get this straight. We’re going to be “gifted” with a health care plan we are forced to purchase and fined if we don’t,

[1]Written by a committee whose chairman says he doesn’t understand it, passed by a Congress that hasn’t read it and whose Speaker states we will pass it to see what it says, and by a congress that exempts themselves from it, to be signed by a president who also smokes,

with funding administered by a treasury chief who didn’t pay his taxes, to be overseen by a surgeon general who is obese, and financed by a country that’s broke.

What the hell could possibly go wrong? 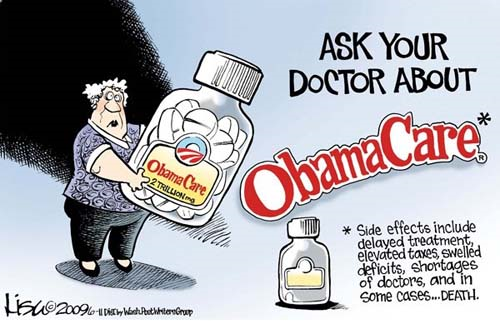 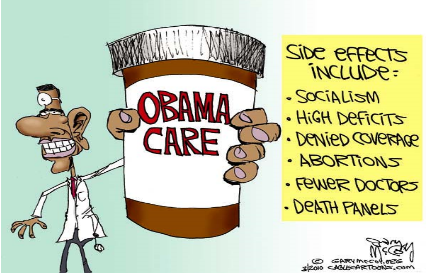