So let’s see now.  Back in February 2009 a New York man beheaded his wife because she filed for divorce.  (The nerve of that woman rejecting her husbands abuse even though it is with Allah’s blessing.)   Now skip over a year (and who knows how many more ‘Honor Killings’ **  to today.  This woman pictured below had the audacity of   opposing the arranged marriage of her daughter!   Well in a way Islam is a religion of peace.  I mean in Islam it is forbidden to argue with your husband or father.  They only want peace in the family so honor killings were implemented to insure this peace!   Except for a few thousand disobedient wives and daughters, it’s worked very efficiently for over 1400 years…

A Pakistani woman has died in Italy after her husband beat her with a brick for opposing the arranged marriage of her daughter, triggering a wave of outrage among Italian politicians on Monday.  (Telegraph here) hat tip Kris 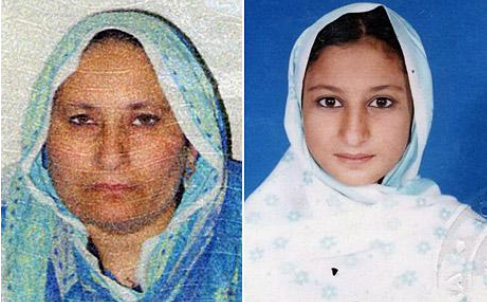 The daughter, 20-year-old Nosheen Butt, was admitted to hospital with a cranial traumatism and a broken arm after her 19-year-old brother beat her with a stick in the courtyard of their building in Novi, near the north Italy city of Modena.
According to Modena prosecutors‘ initial findings, the father Ahmad Khan Butt, a 53-year-old construction worker, threw his wife to the ground and beat her with a brick while the brother Umair attacked his sister.

..She said that the father ….was  the owner of the local mosque.

**  MUST SEE:  The list of atrocities in the name of Islam since 9/11 is unbelievable