It is my pleasure to introduce you to Dr. Alan Keyes, or as I refer to him ; The Michelangelo of Oratory.  This man is without equal when it comes to giving a speech or just discussing anything.  In a world of teleprompters and talking points, the wisdom and oratory skills of Alan Keyes is nothing less than ‘a gift from God’.    And indeed if God had a Press Secretary, it could only be Alan Keyes.    His gift can not be learned, taught or practiced.  It takes most Hollywood actors years to achieve the oratory skills that he posses naturally, and then it takes them multiple ‘takes’ until they can do it.    If you ever have some spare time, go on you tube and listen to any of his speeches.  When he debated Obama for the Ohio Senate seat, Obama sounded like Barney Fife next to him.   This man ( without any teleprompters, or even advance knowledge of the question), answers each and any question posed to him as if it was the subject of his PhD thesis.   If you want to see and hear a real brilliant man and brilliant speaker, just tune in to Dr. Alan Keys wherever and whenever he speaks.

A great Christian, a great American, indeed ‘the salt of the earth’ is Dr. Alan Keyes 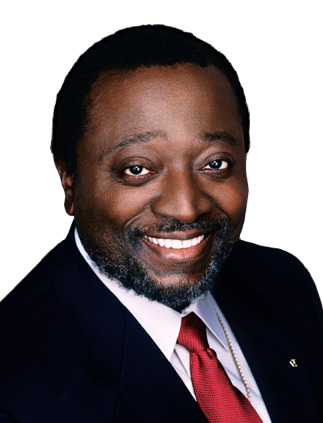 Here’s a video where Dr. Keyes lays it on the line about Obama.

And here’s the latest article by Dr. Alan Keyes

In the Declaration of Independence, America’s founders invoked “the laws of nature and of nature’s God.” After doing so, they acknowledged the Creator as the source of humankind’s unalienable rights. They appealed “to the Supreme Judge of the world” as the arbiter of their intentions. They declared their “firm reliance on the protection of divine Providence.” By their example they passed to future generations of Americans tenets of faith that are among the greatest blessings God can bestow upon a nation. (I believe the only greater blessings come to a nation through the transformation of individual hearts as they receive the grace of God through Jesus Christ.)

American’s God-fearing beginning surely had much to do with its historic success, and including its progress toward liberty and justice for all. Would any sane people discard a heritage so blessed? Would any true Christian by word or deed, inveigle them into doing so? By his example in the high office he presently occupies, Obama invites this and future generations to forget the heritage that remembers God. By his example, he shows the fruit by which Christ says we are to know which are the “false prophets, which come to you in sheep’s clothing, but inwardly they are ravening wolves” (Matthew 7:15).