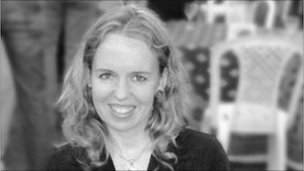 [1]A UK aid worker held hostage after being kidnapped in Afghanistan has been killed during a rescue attempt, the Foreign Office has said.

Linda Norgrove, 36, from Lewis in the Western Isles of Scotland, was employed by US aid group DAI. She was seized with three local staff on 26 September.

Their two-car convoy was ambushed in the eastern province of Kunar.

Ms Norgrove was killed by her captors on Friday during a rescue mission by US forces.