Think about it.  A man runs for the office of President of The United States.  The question of his birthplace and citizenship are brought up.  Pretty simple, just provide the documents necessary and be done with it.  This is pretty much what has been done for over 200 years here in America. 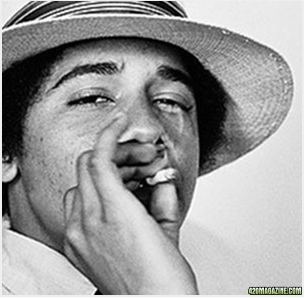 [1]Along comes Barack Hussein Obama.  It is known for a fact that the man’s father was Muslim born in Africa and definitely not a US citizen.  It is also known that he took the name of his stepfather and the citizenship of  Indonesia in order to attend school there .

OK So he says he was born in Hawaii and was a US citizen.  No big deal right?   We know what colleges he went to and we would like to see his college records.  Ivy league schools; Columbia, Harvard.  Two of the most expensive schools in the country.  So how did Barry Soetero afford these schools?  It’s all public record right?   So why on earth would he spend over a million dollars to hide all the documents requested to verify his citizenship and his college records?  Duh.

The truth may well be he was born in Kenya; that is where we believe his “long-form” birth certificate was issued. Nevertheless, “natural born” indicates, and speaks to the fact that BOTH parents have to be U. S. Citizens. His father WAS NEVER a U. S. Citizen, therefore, Barack Hussein Obama is NOT a “natural born” Citizen of the United States, thus he is in violation of Amendment 14, and Article II, Section 1, Paragraph 5 of the United States Constitution.

The Mystery of Barack Obama Continues

Posted by Steve Baldwin, Exclusive to Western Center for Journalism

Most Americans don’t realize we have elected a president whom we know very little about.

Researchers have discovered that Obama’s autobiographical books are little more than PR stunts, as they have little to do with the actual events of his life. The fact is we know less about President Obama than perhaps any other president in American history and much of this is due to actual efforts to hide his record. This should concern all Americans.

A nation-wide network of researchers has sprung up to attempt to fill in the blanks, but at every opportunity Obama’s high-priced lawyers have built walls around various records or simply made them disappear. It is estimated that Obama’s legal team has now spent well over $1.4 million dollars blocking access to documents every American should have access to. The question is why would he spend so much money to do this?  …..