Anyone who follows this blog by now realizes that the most ‘unblogged’ (is that a word? yet?) subject here is the economy. I have a degree in finance so you would think it would be my ‘specialty’. Well the reality is that I know enough about it to know how boring it is too most people.

But the real reason that I have no interest in it is that the people in charge of running the government are mostly lawyers who have absolutely no experience in economics! So what the hell do you expect the economic outlook to be?

Once in a while something about the economy comes up that requires all of our attention and this is one of them. 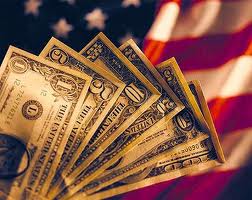 [1]I keep hearing about how Bush destroyed the economy and how bad it was for 8 years. Either I was living in a parallel universe for those 8 years or this is such one of the biggest bunch of liberal bullcrap since Global Warming.

Well here are the facts for anyone who cares about reality and the truth. Also after these watch Carl Rove finally answer the liberal BS about this.

January 3rd 2007 was the day the Democrats took over the US House of Representatives and the US Senate at the start of the 110th Congress. This marked the first time that the Democratic Party controlled a majority in both chambers since the end of the 103rd Congress in 1995.

For those  who are listening to the fallacy that everything today is “Bush’s Fault”, think about this:

On January 3rd, 2007, the day the Democrats took over the Senate and the Congress:

The GDP for the previous quarter grew at  3.5%

The unemployment rate was 4.6%

The US deficit was below historic norms as a % of GDP

The USA, based on George W. Bush’s economic policies, had just SET A RECORD of 52 STRAIGHT MONTHS of JOB CREATION!

15 months later we experienced a meltdown of US BANKING AND FINANCIAL SERVICES!!!

PS: from 2001 through 2008, George W Bush asked Congress 17 times to increase regulations on  Fannie & Freddie – stating current policies with regard to both were financially risky for the US economy.