Congressman King: I grew up a block from Bill O’Reilly on LI. I still have many friends there. They all suggested I write you.

I am a Christian American of Middle Eastern decent.  I was discriminated against by a Senior Federal Judge in New York, during my Civil Rights case. Although I filed a Judicial complaint, the Chief Judge covered the entire situation up!

Now Congressman King will cause even more discrimination in the country by having his grand stand hearings. 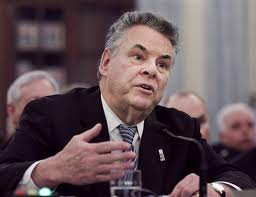 Did MH actually think that “Congressman King will cause even more discrimination in the country by having his grand stand hearings.”?

MH is a very smart guy who had a very bad court experience a few years ago with a Jewish judge whose ignorance and prejudice (It’s in the court record!) were poison to any fair resolve of the case.

I was amazed to see that MH had this opinion so I answer him with this.  It is relevant for everyone since it addresses the ‘smoke and mirrors’ which the Islamic Propaganda Machine ( Which is THE BEST in history) has put in motion once again to avoid the truth getting out.

MH,
For what its worth;
No doubt your case was prejudiced so it is only natural that your shitty experience could cloud your opinion. But again I say that your experience cannot be blamed on a Jewish judge or a prejudiced judge.

As You Know; Their rulings are ‘The law of the land’ and it is based on their personal opinion and their personal prejudices,  Not the constitution or even the will of the people!    The point is they have been given the power to include these prejudices and ignore the laws by lifetime appointments and their membership in the privileged class; commonly known as lawyers.    So if we get rid of say your judge and a few others, what are we left with ????

I think going after judges is a total waste of time.

‘It’s Like Putting A Band-Aid On A Bullet Hole’

Where you get confusing is that you are making the same mistake as your judge did!   Your judge, like most, has no understanding of the real terror problem, Islam.   “Not all Muslims are terrorists but all terrorists are Muslims” So because of his ignorance, he thinks all Arabs are terrorists and prejudiced you.

In your email, you are suggesting that “Congressman King will cause even more discrimination in the country by having his grand stand hearings”.

FYI:  the King hearings are : on radicalization in the U.S. Muslim community, not the Arab community. (radicalization in the U.S. Muslim community is real and growing & is a direct threat to all Americans)
(by the by: they’ve had similar hearings on “gun toting militia men” and “Christian skinheads” etc, etc  and NOBODY said anything! – because they don’t have the propaganda expertise of   ‘the religion of peace’ ) This whole  objection is the work of  ‘Islamic Propaganda’  which, as usual, is doing a great job of misdirecting the truth from the  ‘weak and gullible’  Christians… )

The biggest problem is that the America refuses to name the enemy; Islam.

The King Hearings are the first step on a long journey to finally wake up America about this enemy.

King is the only one so far in DC that has had the balls to step up and name the real problem,  even if he is not calling the real experts like Geert Wilders, Robert Spencer and Pam Geller.
But King is a ‘good guy’ and the proof is that he has had to increase his security because of threats from, you guessed it, MUSLIMS: Muslims enraged at King’s hearings show that Islam is a Religion of Peace by threatening his life [2]

Anyone who wants to know the realities on this should check out Atlas and Spencer at: