Every time I think about the fact that a man as inexperienced, unqualified, and undeserving as Barack Obama is the President , I get so very close to barfing.  Then when I think of how fucking stupid, or racist, or both, some 63 million ‘Americans’ are for voting for him, my head wants to explode!  Here’s a little more subdued take from Jules Crittendon. 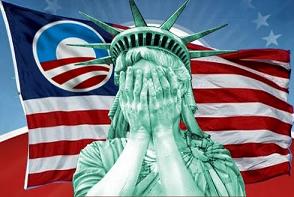 The big surprise with the current president is not so much that he is incompetent, inexperienced and divisive, but the extent to which he is all of those things, and the extent to which anyone is surprised. It’s not like there weren’t enough warning signs on the way in, all of which were summarily dismissed. – Jules Crittenden