Another great man whose genius shaped our world has passed on.   Willard Boyle, the man who created the imaging technology behind everything from digital cameras to barcode scanners, has died at the age of 86.

On October 17, 1969, George Smith and Willard Boyle invented the charge-coupled device (CCD), the image sensor that’s the heart of all digital cameras, at Bell Labs. But like many inventions originally designed for one use, Smith and Boyle were attempting to create a new kind of semiconductor memory for computers. At the same time they were looking for a way to develop a solid-state camera for use in video phones. It took just an hour for them to sketch out the CCD’s basic structure, define the concept of its operation, and outline the applications for which it would be best suited.

By 1970, Smith and Boyle had built the CCD into the world’s first solid-state video camera. In 1975, they demonstrated the first CCD camera with image quality sharp enough for broadcast television.

In 2009, Boyle shared a Nobel Prize in physics for inventing the CCD, which allowed people to capture images in digital format for the first time 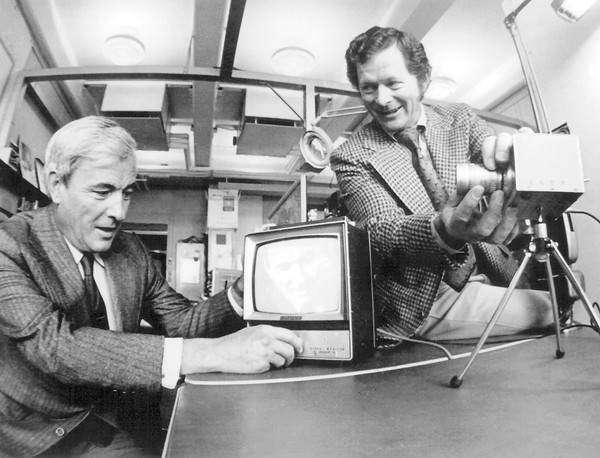 Think of all those digital pictures and videos you take of your family, vacations and everything else in your life.  Well they are all based on CCD technology which was developed by Willard Boyle along with his partner George Smith.

So I’m sure Bob Hope’s would agree if we would dedicate his theme, ‘Thanks For The Memories’, to Mr. Willard Boyle as he takes his place alongside the ultimate physicist.

THE BRIEF HISTORY OF DIGITAL PHOTOGRAPHY [1]