The case is closed!  In America, any Jackass can graduate a law school and even go on to be a Secretary of State. 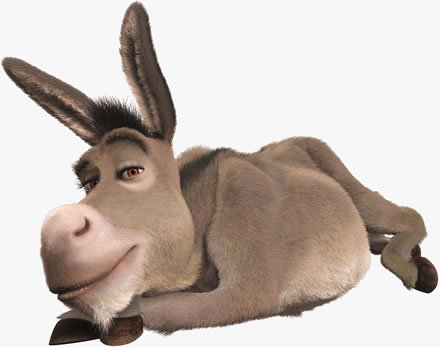 Not one for calling names, but these people and their upside down – mind boggling stupidity and actions leaves only one option; to single them out and label them as they are.

Hillary Clinton long ago showed her lawyer/liar character when she blamed "a right wing conspiracy" to cover up for her husband getting a blow job in the Oval office.  She never apologized to America because lawyers never apologize to us 'ignorant useful idiots.' 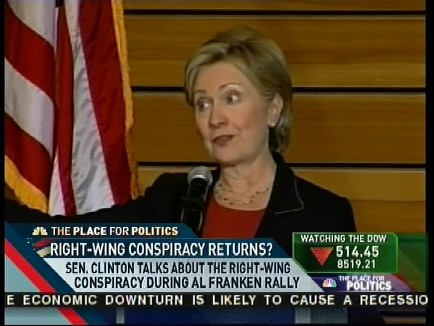 For her obvious lies and deceit over the years to America, Hillary has earned her membership in GLOOG's Scum of America Club. [3](here) [3] But now her latest 'miscalculation' has earned her special consideration in a select group of the dangerously ignorant.

I have no problem with stupid.  God made all kinds of people and stupid sometimes can even be a blessing, especially these days…    But when someone has no excuse for being ignorant and this ignorance endangers lives, then we draw the line.

And so it is with Hillary Clinton, Secretary of State.  The question is, what State is she Secretary of?  Is it Palestine or is it the Islamic Caliphate?   Why else would she recently ‘warn against even symbolically recognizing Jerusalem as Capital of Israel.  (See Story Here [4])

How does this woman pick up her pay check with a clear conscience?   Has she not studied the history of the most important region in her job description?  Is she on drugs thinking that by caving into the wishes of Islamists she can achieve peace?   Has she not even read the Cliff Notes on the Middle East and the 1400 year history of death and conquest of Islam?

[5]The ‘leadership’ of America is sad and what is even sadder is that Americans blindly keep voting in the same incompetent people.   Instead of electing leaders with the character and creativity to improve on our great experiment, a class of people famously known for their lack thereof, have taken control.  If they are not stopped soon then the America as we and the world has come to love and respect will cease to exist.  ' The brightest beacon for freedom and opportunity in the world ' will darken.  More than 2,000 years ago, the great orator and statesman Marcus Tullius Cicero foretold the decline and fall of the Roman Empire with these words, which exquisitely described the ravages wrought by lying politicians with self serving egos:

"A nation can survive its fools, and even the ambitious. But it cannot survive treason from within. An enemy at the gates is less formidable, for he is known and carries his banner openly. But the traitor moves amongst those within the gate freely, his sly whispers rustling through all the alleys, heard in the very halls of government itself. For the traitor appears not a traitor; he speaks in accents familiar to his victims, and he wears their face and their arguments, he appeals to the baseness that lies deep in the hearts of all men. He rots the soul of a nation, he works secretly and unknown in the night to undermine the pillars of the city, he infects the body politic so that it can no longer resist.  A murderer is less to fear."

So you can take this to the bank:  America will not survive as the ‘shining city on the hill’ and the people will lose all the ‘greatest hope of mankind’ unless the electorate wakes up and elects real leaders.

Fortunately the answer is as simple as 'stop voting for anyone who belongs to the incompetent group which has taken control of this country.'

You can call them anything you like. Call them Republicans, Democrats, Progressives, Independents, Politicians, Judges, Congressman, Senators, Legislators, Public Servants, etc. But the one fact and common denominator remains; they are all (with few exceptions)
LAWYERS!
Anyway you do the math. America is now ruled 100% by LAWYERS!