October 5, 2011 was a very bad day for America.  First America lost Steve Jobs, an inspirational icon and pillar for America's greatness.  Then Sarah Palin announced she would not run for President.   Sarah Palin is not an icon (yet) but what she is and what she does is inspire patriotism and greatness for Americans and their country.  This is the number one prescription needed to bring America back from it's lethargic experience with government ineptness and privilege class cronyism.

But it looks like Sarah, or whoever really runs this show we call life, has decided it's not her time yet.  No problem.  Just to show us who really is in charge, He has given us 2 candidates that together represent a 1-2 punch that powerful enough to knockout Obama and his decimation of America's greatness.

Newt Gingrich and Herman Cain.   No there not the 'pretty guy with the smooth talk' out of both sides of their mouth.  But what they do represent is a very experienced Constitutionalist and a very experienced businessman.    Constitutionalist and businessman; the bedrocks of Americas greatness which have been all but thrown out of the mix by America's controlling lawyer 'leadership'.  And we can see how that has worked out. 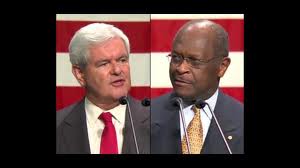 [1]Americans must demand that lawyers have no place in governing a country based on the Judeo-Christian principles and philosophy of our founding fathers.   With Newt and Herman we have the kind of experience and moral foundation that the founders would be proud of.

So election 2012 can be the first salvo to finally restore our country. 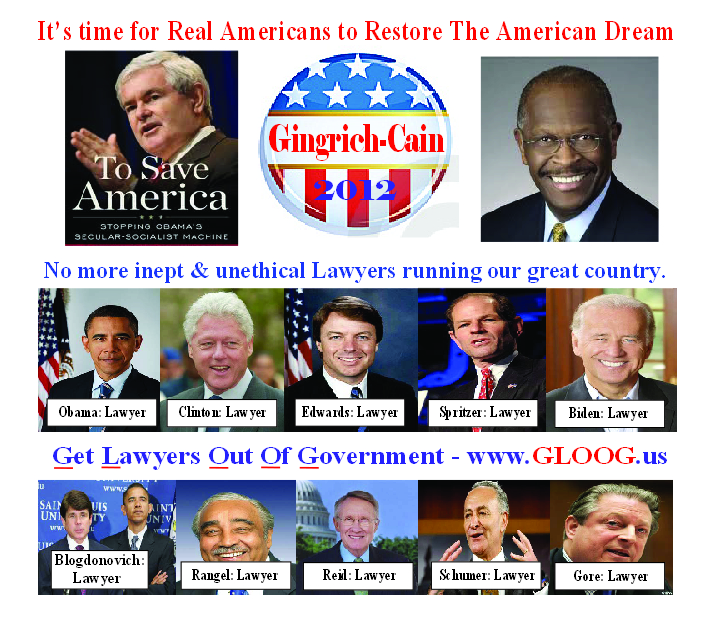