Since forever I could never understand why on earth our veterans would ever need any financial help.  In a country that wastes billions of dollars a day on superfluous crap, these heroes should be the first in line for any financial aid.  And that means housing, cars, education, insurance, and any other necessity needed to live in America.  Not one dollar of the Federal Budget should be spent until ALL veterans are 'duly compensated.'  And 'duly' is the key word.  (post forthcoming)

But for now though, we are thankful of Americans who recognize the needs of our heroes and 'make it happen.'  One such group is Building Homes for Heroes. 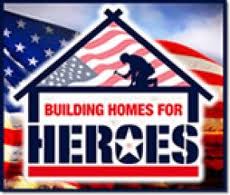 [1]Before an exuberant, patriotic crowd of approximately 1,000, Building Homes for Heroes welcomed home Army Sergeant Joel Tavera and family to their spectacular new home in Tampa, Florida on Saturday, November 19. 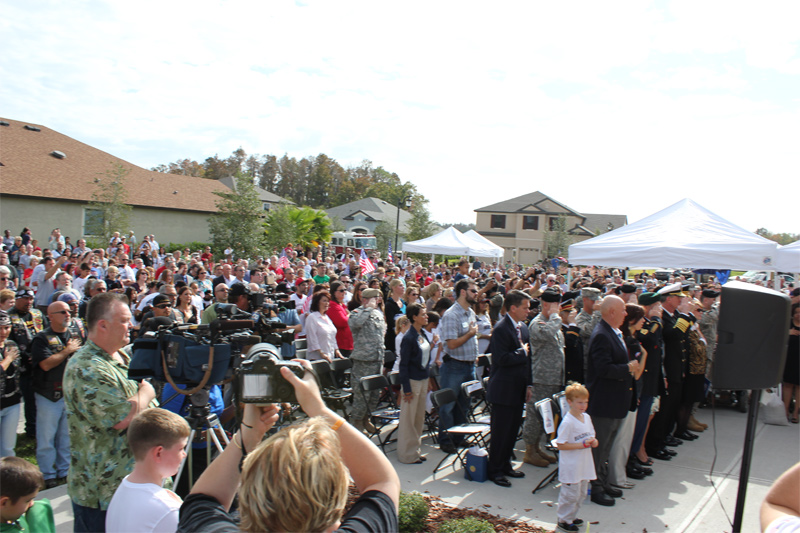 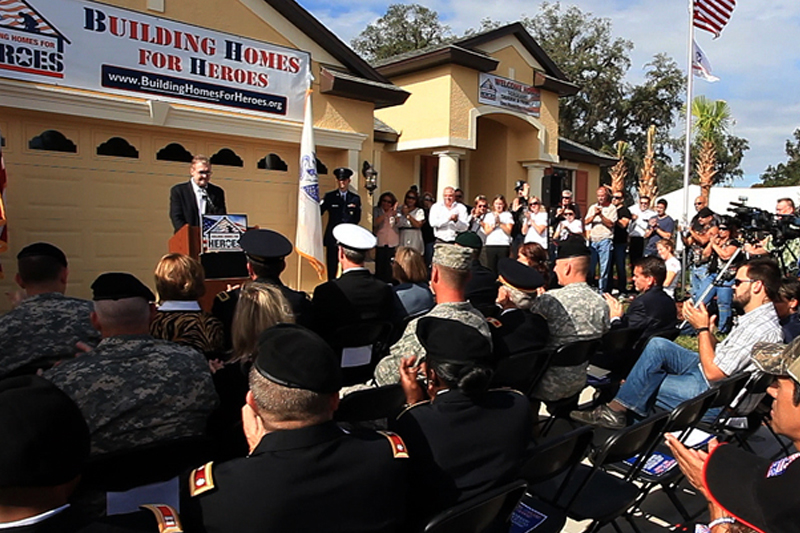 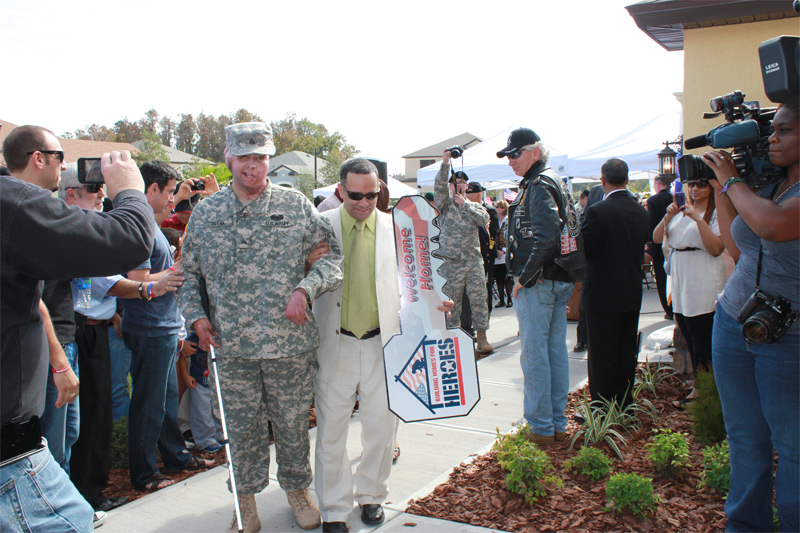 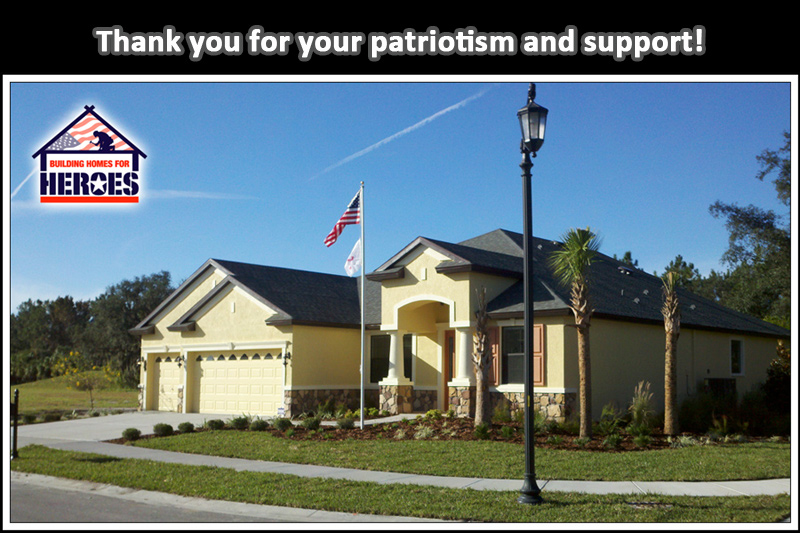