Let's get right to it.  You can take this to the bank and cash it as soon as every one finally 'gets it':

"All attempts to advance a  country or society, either by the people or the government, are worthless and a waste of time up and until the electorate is qualified."

Until the privilege of voting is respected as one of the most important obligations of being a citizen, elections are in fact dangerous.  As long as those who depend on government subsidy get the same vote as those who work and produce for themselves, the country will eventually collapse.   One can withstand a few leaches but too many will eventually drain the blood until death is inevitable.

The 'cult of dependency' has been developed in many modern industrialized nations for decades now.  It is a method of gaining power and control used by those whose singular talent is to be able to influence a naive electorate by promising them whatever it would take to gain their vote.  These candidates for power are gifted orators and are the shepards of the weak and naive.  The unfortunate reality is that the greater percentage of any society is weak and naive in the face of these very charismatic speakers and personalities. (Just ask the Germans)  Most people are good and decent and have a hard time understanding evil or people who would look them straight in the eye and lie .

Think about the logic, or indeed illogic here.  Why would someone who does not care about nor has any knowledge of the issues, who has not bothered to learn of the candidates, who pays no taxes, who lives off the generous efforts of the taxpayer, who indeed would sell his vote ‘ for a cigarette ‘, GET THE SAME VOTE as a person who understands the issues and their ramifications, who works hard and contributes  to society, who cares about the success and future of America, and who would serve in our military and indeed offer his life for this country.  In other words:

Why should someone who doesn't give a shit about his country get the same vote as those who do?

The answer is obvious, voting is a privilege that like any other privilege should be earned.  Yes, everyone does have the right to vote.  But the list is endless; from a driving license to contractors license, from a day care teacher to a real estate broker, from a fast food facility to an atomic reactor, all must comply with and meet standards in order to earn and qualify for the rights they seek.  By not having to qualify to vote, the vote is simply diminished to a tool utilized by the best marketer to sell his product to a very large naive and unconcerned sector of the population. 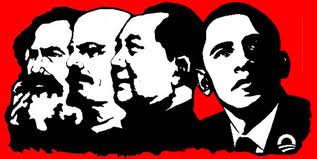 In a just system, those who earn the vote would not be canceled out by those who do not.  Presently, this is the situation in America, fortunately up until lately most of the 'don't cares' didn't 'bother' to vote.  But this is rapidly changing as they see that they can vote themselves 'a living' instead of working for one.

"The problems we face today exist because the people who work for a living are outnumbered by those who vote for a living."

The cult of dependency is not a coincidence.  This ‘ status quo ‘ has been in the making for decades, and it paid off on November 4, 2008.

The "naive and unconcerned sector of the population” had come out in droves to support the type of person that indeed had given it birth.  The candidate was as that segment of the electorate that enabled his victory, unqualified.

Yes, everyone should get to vote, IF THEY EARN IT & QUALIFY FOR IT.

First things first.  Why on earth do all people get a vote?? [2]

The System is a Joke Until The Voters are Qualified [3]