WARNING:  This report could make you nauseous, dizzy and cause massive headaches that feel as if your head will actually explode and stomach aches that can potentially water damage your computer or tablet with your own regurgitation…

This story is so beyond comprehension that it is a challenge just to organize the facts so that they can be 'fully digested.'   Here's the despicable realities in list form;

1. Government takes over Fannie Mae and Freddie Mack in 2008 with no limits or guidelines as to funding with taxpayer dollars.

2. Since September 2008, the American taxpayer has funded Fannie and Freddie's consistent failures and mismanagement to the tune of about $150 billion and still growing.  Congress and the President (all lawyers) have yet to impose controls or limitations.

3. Freddie’s problems arose in 2003 when it disclosed that it had understated its income from 2000 to 2002; the company revised its results by an additional $5 billion. In 2004, Fannie was found to have overstated its results for the preceding six years; conceding that its accounting was improper, it reduced its past earnings by $6.3 billion. 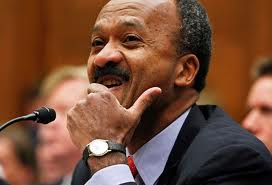 [1]Franklin Raines Former Fannie Mae CEO testifies before Congress.  I'd be laughing to:    Franklin Raines pocketed a $700k salary.   Raines walked away w/ AN ADDITIONAL $90 million dollars,   He and his spouse get free medical and dental benefits for life, worth over $1 million

5.  The Office of Federal Housing Enterprise sued Mr. Raines, Mr. Howard and Ms. Spencer in 2006,seeking $100 million in fines and $115 million in restitution from their fraudulent bonuses.   The three executives agreed (???) to pay fines totaling about $3 million, which will be paid by Fannie's insurance policies.

6.  Legal costs incurred by Mr. Raines, Mr. Howard and Ms. Spencer in the roughly four and a half years prior to the government takeover totaled almost $63 million. The total incurred before the bailout by other high-level executives and board members was around $12 million, while an additional $18 million covered fees for lawyers for Fannie Mae officials below the level of executive vice president.

7.  Taxpayers have spent more than $160 million defending (lawyers fees) the mortgage finance companies and their former top executives in civil lawsuits accusing them of fraud.  The bulk of those expenditures — $132 million — went to defend Fannie Mae and its officials in various securities suits and government investigations into accounting irregularities that occurred years before the subprime lending crisis erupted. The legal payments show no sign of abating.

Edward J. DeMarco, the acting director of the Federal Housing Finance Agency, said: “I understand the frustration (understatement of the year!) regarding the advancement of certain legal fees ($160 Million Dollars!) associated with ongoing litigation involving Fannie Mae and certain former employees. It is my responsibility to follow applicable federal and state law.

Conclusion:  Go ahead, read it over and over again.  You still will not believe that these people (lawyers elected by you) can be so wasteful with your money and so arrogant and narcissistic that they would expect you to accept their never ending entitlements and incomes.  This is but one example.  Politicians, aka lawyers, wasting your money is nothing new, it just gets bigger and bigger.

Lawyers running America have bankrupted our moral foundations through their unending Godless lawsuits and immoral and un-American judicial decisions.   Their total control of every branch of our government is about to bankrupt the nation financially.  Together this will destroy America.  There is only one hope of saving our country: