Can You ever imagine a real movie based on the life of Mohamed?   I can and it could be the greatest weapon in 'The War On Terror' or as honest people know it; 'The War on Islam [1].' 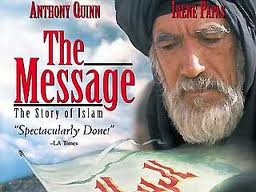 [2]A movie was made in 1976 starring Anthony Quinn.  As you can imagine it was a complete whitewash of Islam and Mohamed.  Just a few remarks from a movie review;  "It was filmed in accordance with Islamic political correctness."  "Definitely not a propaganda piece, but it’s not a movie filled with facts, truth or fiction, more a movie of character and tone."  The Prophet himself is never depicted, visually or vocally. While this is well affected, it unfortunately removes him from a lot of the story. I would like to have known a lot more about his life from the film."

The movie would have to open with this statement:

This movie is based on the life of Mohamed according to information from The Koran and The Hadith and the sirat rasul allah.

The Koran or Qur'an is considered by Islam as a record of the exact words revealed by God through the Angel Gabriel to the Muhammad.   –  The Hadiths are regarded as a narration on the Sunnah (lived example) of Muhammad.  It includes reported sayings, actions, and traditions of Mohammad and his companions.  –  The sirat rasul allah is the Arabic term used for the various traditional Muslim biographies of Muhammad from which, in addition to the Qur'an and Hadith, most historical information about his life and the early period of Islam is derived.

These references are the foundation of Islam.

They are the sole basis upon which the facts in this movie are based.

There has been no 'Dramatic License' taken and all interpretations are reviewed and agreed upon by a panel of 2 Islamic, 2 Christian, 2 Jewish and 2 Secular Scholars of Islam.  Before they are included in this Film, any materials, representations or dialogues must meet the approval of 3/4th of the Panel as to historical accuracy in the recorded records of Islam and the life of Mohamed.

The Producers take no position other than to guarantee the accuracy presented as stated above. 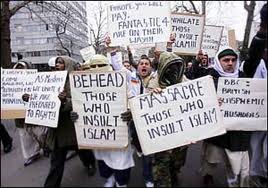 The movie would be an outrage in the Islamic world because it would be the beginning of the end for Islam.  For over 1400 years Islam has been able to sustain it's deadly mission with lies and propaganda camouflaged in a cloak of religion.

This movie would expose the real truth better than any have been able to do.  Islamists, the experts in propaganda, would realize this immediately and their true colors would surface again as they always do when their charade is being challenged by honesty and historic realities.  As is there longstanding M.O., riots and killings would ensue to quash the truth.

Here's a very interesting article on the potential of Islam's worst enemy, the truth:

A Movie about Muhammad: An Idea whose Time Has Come.

I started writing about Islam in 1998. When I read the Quran and the life of Muhammad it became clear to me that the world is in danger.   Islam is a threat to mankind and this threat will not end until we all surrender to a global tyranny ruled under Sharia – the most draconian law since Hammurabi. Never underestimate the power of stupid people motivated by zealotry. …