I don't know which point is more unbelievable; that this pre-kindergarten grade painting would be worth more than five dollars or that someone would actually pay more five dollars for it!

OK sure I'm no art aficionado, but are you serious?  You know what you can get for 120 million dollars???  Either 'my eyes deceive me' or it's official – the world has gone mad.   I mean just click the image and take a close look at this thing.  Case closed… 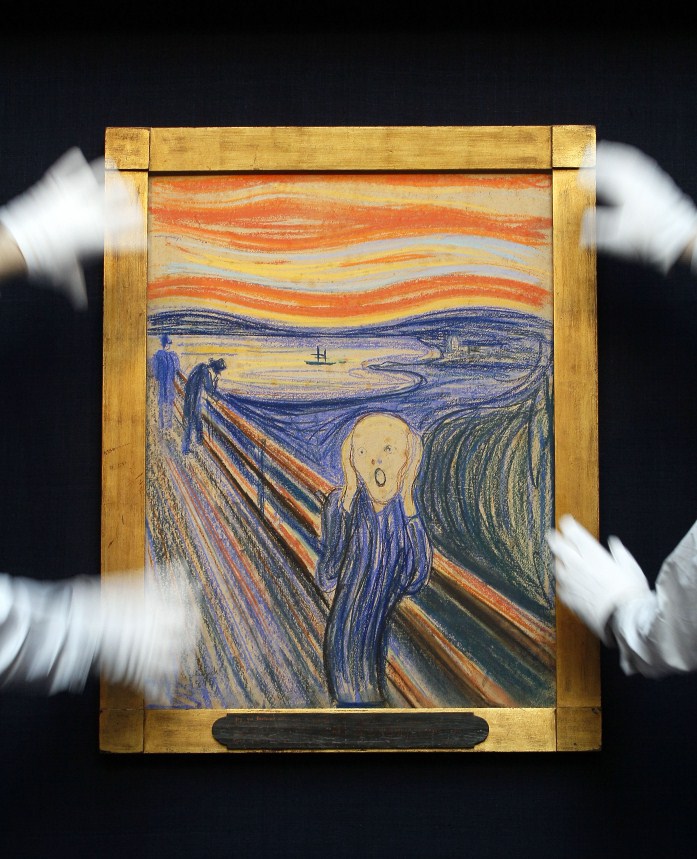 One of the most iconic images in art history – Edvard Munch’s “The Scream” – has become the most expensive artwork ever sold at auction.

During an intense 12 minutes, the 1895 artwork – a modern symbol of human anxiety – was sold at Sotheby’s in New York City on Wednesday for a record $119,922,500. Neither the buyer’s name nor any details about the buyer was released.

The previous record for an artwork sold at auction was $106.5 million for Picasso’s “Nude, Green Leaves, and Bust,” sold by Christie’s in 2010.

Munch’s image of a man holding his head and screaming under a streaked, blood-red sky is one of four versions by the Norwegian expressionist painter. The auctioned piece at Sotheby’s is the only one left in private hands. …