It's a very safe bet to say that at West Point they don't teach our future warriors that it's OK to allow an enemy to build operating bases within our own country at anytime, especially during the war!  Of course this premise is so dam stupid that even to consider it would not only disqualify you mentally from any Military Academy, but would put you in a league of ignorance that borders on insanity.

Unfortunately for us, this league of ignorance is what most of America and the Western World now belongs to.  Case in point and Proof beyond a reasonable doubt:

"NEW YORK — Researchers conducting the national count found a total of 2,106 Islamic centers, compared to 1,209 before 9/11.   The number of American mosques has increased dramatically in the last decade despite post 9/11 protests aimed at Muslim houses of worship, according to a new study.  (2) [1] 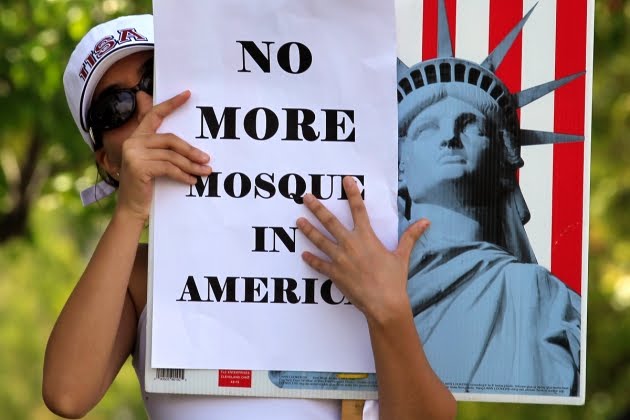 "The mosques are our barracks, the domes our helmets, the minarets our bayonets and Muslims our soldiers…”  The Prime Minister of Turkey, Recep Tayyip Erdogan. 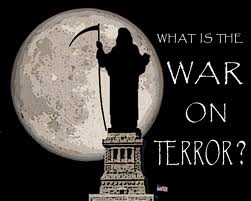 [5]First and foremost is this ridiculous notion of what is called 'The War on Terror.'  As soon as some idiot pronounced this name for the war,  we started losing it.   Terror has been around since the beginning of mankind and will be with us till the end.  That's just the way it is.

They might as well have called it The War on Evil!   Good Luck…

It is a war on an ideology that openly admits that their mission is to dominate the world.  That ideology is of course Islam and so simply put; it is 'The War on Islam.'   Or if your thinking is indeed suicidal and you're afraid to insult those who will kill your children and smile while doing it; you can call it 'The War on Civilization. [6]' [6]

In the article 'Fight Terrorism, Not Terrorists' Amil Imani brings to light observations that only a very ignorant and illogical person could overlook:

Islam is the problem [7] because there are Muslims who take its holy book, the Quran, as gospel and carry out its divisive and deadly provisions. Without Muslims, Muhammad’s Quran would be just another historic relic sitting on library shelves, next to Hitler’s Mein Kampf, gathering dust and criminals of the world have to find other instruction manuals to guide their activities

People who keep proclaiming that they have nothing against Islam, but their battle is with Muslim terrorists are an enigma. Perhaps these people are the politically correct; the delusional who rearrange reality to their fancy; or the naïve who are incapable of dealing with facts. These people are either incapable or do not want to see that it is the Muslims, the active jihadists as well as their masses of supporters who are and remain culprits committing much of what is repugnant and harmful to civilized humanity.

If the fight is with Islam and not with Muslims, then in the interest of fairness we must apply the same standards to other criminalities. – We should condemn arson, but not arsonists: Rape, not rapists: Theft, not thieves: Murder, not murderers, and all other forms of crimes, but not the people who commit them.

It is foolish to wage battle against beliefs that promote mayhem and murder while giving a free pass to those who adhere to those beliefs and whether or not carry out their dogma.

In what way does your average peaceful Muslim support the work of the not too insignificant cadre of Islamist terrorists, you may ask? In multiple ways. For one, by paying his religiously required tax known as Khums [8] (one-fifth of his income) to the imams and mullahs. What do the Islamic clerics do with the funds? They make a very good living by not breaking a sweat while day and night preaching hatred of non-Muslims, and training wave after wave of impressionable young as soldiers of Allah.

Persecution of religious minorities in Islamic states is legend. Yet, these very intolerant people come to the welcoming Western countries and demand one-sided tolerance from their hosts. Over time, these Muslims increase their demands to the point of aiming to subvert the civilized hosts and transform them to their failed savage system ruled by the Sharia Law [9]. 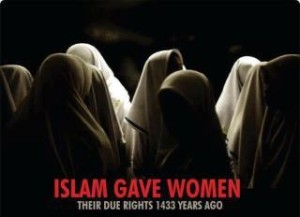 [10]If nothing is done, before very long, we end up facing the Islam Mayhem and Murder, Inc. operating with its full evil force.

Islam is a bad idea, and Muslims are guilty of living by it and promoting it. Some Muslims take up arms, following the examples of Islam’s founder, Muhammad, in their aim to vanquish non-Muslims. Other Muslims empower the frontline jihadist by supplying them with material support and manpower. In the same manner that an army can’t fight without the essential logistics supplied them by civilians, the soldiers of Allah will be incapable of waging their death and destruction campaign without the support of the generality of Muslims. It is long overdue that Muslims be held accountable for the so-called religious belief that controls their actions: actions aimed at destroying anything and anyone non-Muslim.

It is imperative that we see reality and deal with it. No euphemism, no sugarcoating, no politically correct posturing. It is time to abandon all pretenses and place the blame where it belongs. It is the Mayhem and Murder Islam, Inc. that is breeding terrorists. Without Islam, there would be no Islamic terrorists.