Sorry Bill, you have just lost the only number one title you ever has as a President.  First Obama knocked out Jimmy Carter as 'The Worst President' and now he has taken Bill Clinton's title of The 'Most Disgraceful President' in US history. 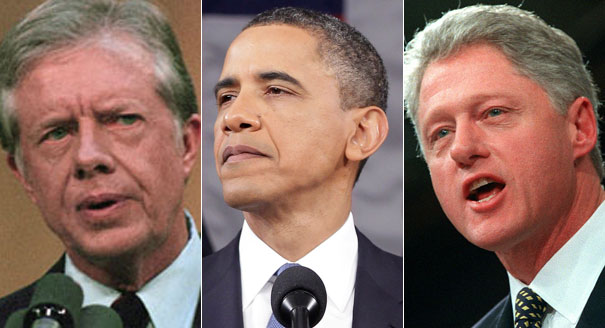 The audacity of this Muslim lawyer continues to stoop to unimaginable lows.  As if slapping the American people in the face with a dinner honoring Muslims (Allahu Akbar – 9/11 – ring a bell?), now he honors, in our White House on OUR DIME, the group who are hell bent on destroying the sanctimony of marriage and the American Family.

Obama and these perverts are literally flipping the finger to American tradition and the American people.  These pictures are so disgraceful that it's hard to imagine how we can ever restore the White House after Obama leaves.  Perhaps we should burn it down and rebuild it.  Sometimes this is the only remedy when a vulgar stench can not be removed any other way… 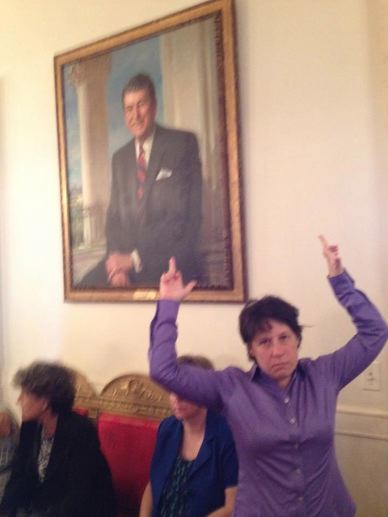 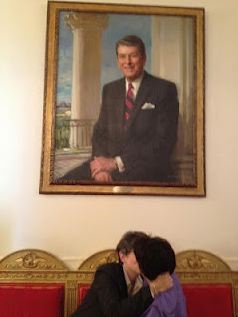 Last Friday, an attaché of important gay people from Philadelphia made a trip to Washington D.C. as invited guests of President Barack Obama for the White House’s first-ever gay pride reception….some of them took advantage of photo opportunities to give the late President Ronald Reagan the middle finger…