Anyone who may not understand Obamacare (and that's just about EVERYONE!) need only read the headline hear.  Any other discussions in the face of this is superfluous.

Care to discuss the performance of a car when it has no engine? 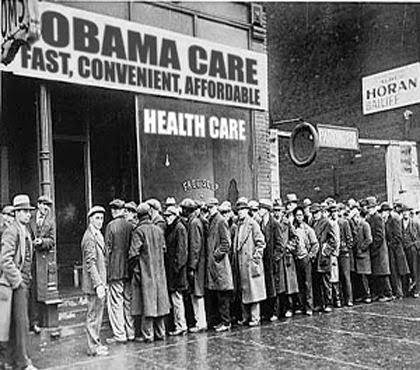 Glenn Beck Interviews Doctors Who Might Quit Profession Over Obamacare

Report: 83 percent of doctors have considered quitting over Obamacare

Eighty-three percent of American physicians have considered leaving their practices over President Barack Obama’s health care reform law, according to a survey released by the Doctor Patient Medical Association.

The DPMA, a non-partisan association of doctors and patients, surveyed [3] a random selection of 699 doctors nationwide. The survey found that the majority have thought about bailing out of their careers over the legislation, which was upheld last month by the Supreme Court.