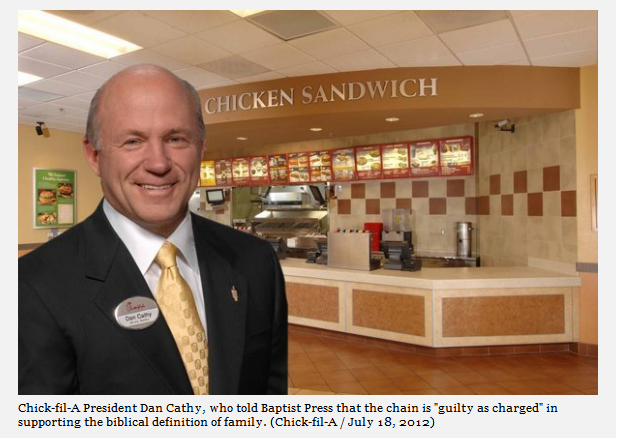 Chick-fil-A is “very much supportive of the family,” according to Dan Cathy, president of the popular fast food chain. That is, “the biblical definition of the family unit,” he said.

And that doesn’t include Adam and Steve, suggests Cathy, whose father S. Truett Cathy founded the Atlanta-based company.

In a new interview with Baptist Press [2], Cathy puts on the record what critics say his company’s actions have indicated for years. “Well, guilty as charged,” he said in the interview when asked about Chick-fil-A’s backing of families led by a man and a woman. 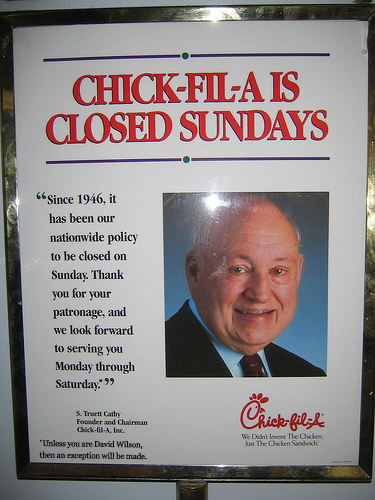