Of course there is no doubt in my mind.  (See The Only Enemy [1])   But this is one of those rare occasions where opinions actually weigh in more heavily than the facts.

One thing is for sure, this article is one of those pieces that gets you both excited and dizzy.  It exercises 'your brain' to the point that once you finished reading, you just want to turn on Spongebob!

Anyway sit back and fasten your seat belt.  You're in for a hell-of-a ride.  Have fun, and with a little luck, I'll ask you how you liked it a few hundred years from now…

In 100 years or so, Hayworth says, scientists will be able to determine the function of each neuron and synapse and build a computer simulation of the mind. And because the plastination process will have preserved his spinal nerves, the computer-generated mind can be connected to a robot body.

“This isn’t cryonics, where maybe you have a .001 percent chance of surviving,” he said. “We’ve got a good scientific case for brain preservation and mind uploading.” 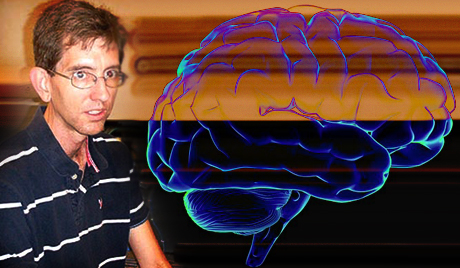 The strange neuroscience of immortality

Neuroscientist Kenneth Hayworth believes that he can live forever, the Chronicle of Higher Education reports. But first he has to die.

“The human race is on a beeline to mind uploading: We will preserve a brain, slice it up, simulate it on a computer, and hook it up to a robot body,” he says.

He wants that brain to be his brain. He wants his 100 billion neurons and more than 100 trillion synapses to be encased in a block of transparent, amber-colored resin — before he dies of natural causes.