You have to wonder why all these groups are so adamant against those who don't believe as they do.   The homosexuals are an easy one.

The reality that no one dare mention is that this group of sexual perverts is so adamant and so outspoken because of their guilt which is so embedded and so powerful.  They will not stop this proselytizing of civilized people until they no longer feel that guilt that Mother Nature stirs up deep inside every one of them, which means never.  (Here) [1] 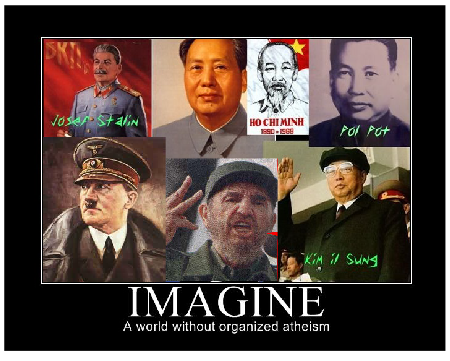 [2]Atheists are the greatest mass murders in history

But these Atheists, what's their problem?  Why would anyone care who or what someone else believes in unless it is dangerous to them?   Here maybe just the answer as to why the Atheists are expending so much time and money to try to destroy Christianity in America.

'Apparently so – if a group of atheists, who claim a memorial at Ground Zero incorporating two intersecting steel beams that survived the Twin Towers collapse on 9/11 has caused them dyspepsia, headaches, anxiety and anguish, can be believed.

Strange, though … we thought crosses only did that to vampires.' – WND [3]

BINGO!  It's the only explanation that makes sense!   Like homosexuals, there are exceptions; those who don't try to force their beliefs down your throat.  But next time you confront a loud mouthed Atheist, just take out your Cross and wave it in his face!  Maybe he'll shut up and mind his own business, or maybe, just maybe he'll just melt… 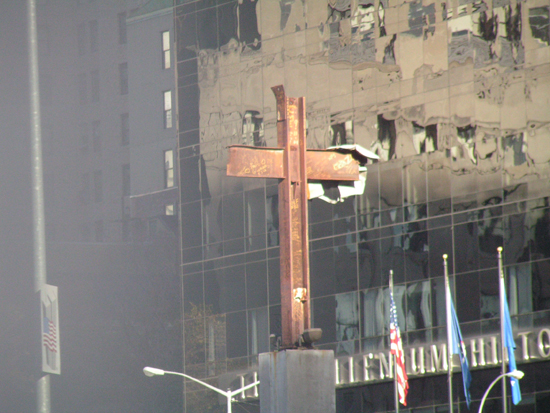 A lawsuit that challenges the placement of the cross at the site of the 9/11 attack on the World Trade Center alleges atheist plaintiffs have suffered serious physical and mental illness because the religious symbol has made them feel excluded.

Nonsense, says a new friend-of-the-court brief to be filed Monday in the case by the American Center for Law and Justice. [5] The brief, which carries the signatures of more than 100,000 people, argues there have been no known sightings of suicides or uncontrolled vomiting at or around the Ground Zero cross.

Same Sex Marriage – Are You Serious? [7]