Barack Hussein Obama.  Of course he said he was Christian.  Anyone who knows just a little about Islam knows that lying to advance Islam is what they are instructed to do. 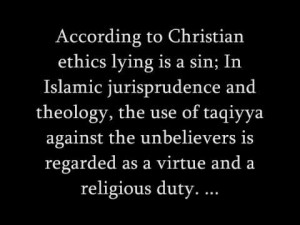 [1]Just in case there is any doubt left about Obama and his 'faith', here's a short list that testifies to the truth.  You can argue all you want but the facts speak for themselves.

'By his deeds shall a man be known'

America’s Most Biblically-Hostile U. S. President

….Listed below in chronological order are (1) numerous records of his attacks on Biblical persons or organizations; (2) examples of the hostility toward Biblical faith that have become evident in the past three years in the Obama-led military; (3) a listing of his open attacks on Biblical values; and finally (4) a listing of numerous incidents of his preferential deference for Islam’s activities and positions, including letting his Islamic advisors guide and influence his hostility toward people of Biblical faith.

1. Acts of hostility toward people of Biblical faith: 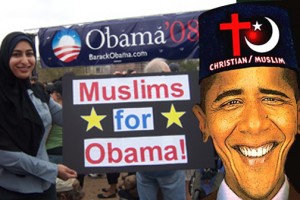