I still will vote for the Sandra Fluke Episode as the 2012 Story of The Year, even when Obama is defeated in the election.  I mean it just doesn't get more outrageously depraved  than this for me, and I am no angel myself…

And it just doesn't get more illustrative than the Sandra Fluke Episode to show us how this country has taken a moral nosedive since 1998 when Bill Clinton lied to the nation and then declared that 'oral sex was not sex.'

[1]Of course it comes as no surprise to anyone that it was a lawyer who lowered the bar on morality in America's culture and the American Presidency.  And likewise it comes as no surprise that it was a Law School Student/Future Lawyer [2]  that actually had the audacity to go before Congress and brag that she likes to have sex with many people and expects the taxpayer to fund it!

What does come as a surprise though is how gullible the American public has become.  It is laughable that Sandra Fluke is called a 'Women's Rights Activist'  instead of what she is by definition; a whore.  It doesn't take any great intelligence or even research to see through this PC bullcrap:

World English Dictionary:  whore -  noun  1. a woman who engages in promiscuous sexual intercourse usually for money or with the expectation of financial subsidy for engaging in the act of sex.

And the latest outrageous chapter in the Sandra Fluke 'Twilight Zone [3]' series is that this whore, who was actually telephoned by 'President' Obama to congratulate her [4] for her 'testimony' (that she is indeed a whore) to Congress, is now out campaigning for Obama and people are actually listening to her! 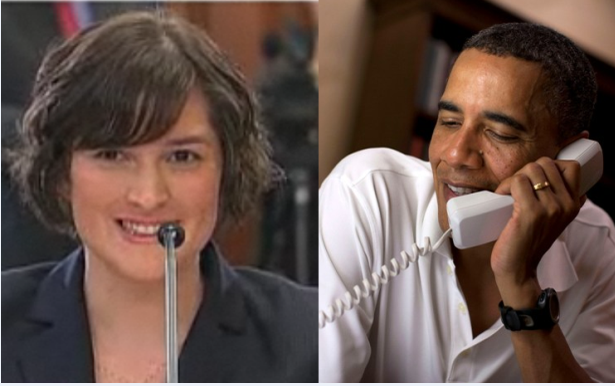 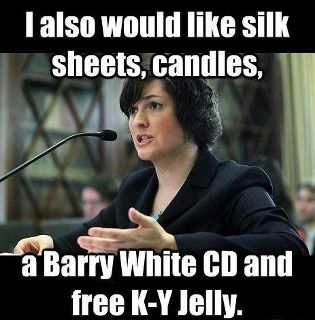 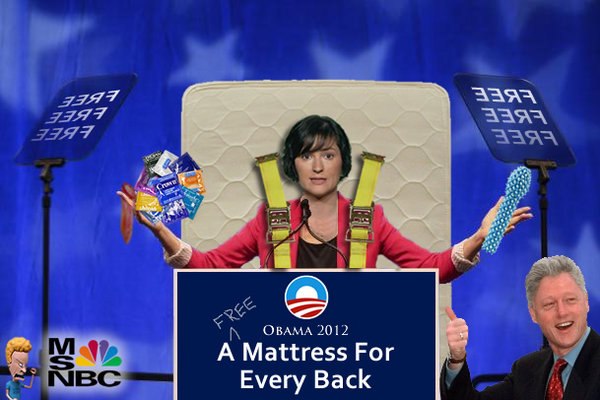 But fortunately some sanity is starting to enter the story; people are maybe finally getting it that why on earth would we ever listen to her…

Posted on October 21, 2012 by Madeleine Morgenstern

Sandra Fluke has been hitting the campaign trail in support of President Barack Obama’s re-election, but it’s probably safe to say she’s not making the maximum impact.

The Reno Gazette-Journal reported that Fluke’s speech in Reno, Nev. Saturday drew “about 10 people at the Sak ‘N Save.”