Once again the ignorance of the reality of Islam leads to death.  This time it's Ambassador Christopher Stevens who was killed at his Embassy in Libya on September 11, 2012. 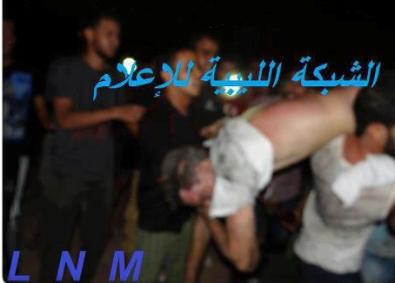 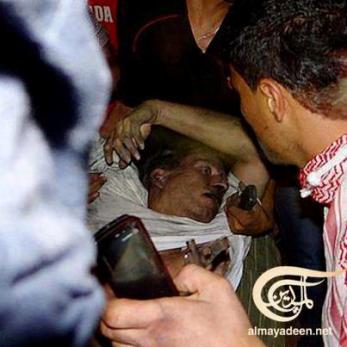 It has become apparent that Stevens had helped the Islamists in Libya and was in the midst of aiding them in Syria.  Now as anyone with working brain cells knows, there is only one outcome to helping the followers of Mohamed.  "Play with fire, and you will get burned."

After America and England discovered and developed the only natural resource in the Muslim world.  After America liberated Muslims in Bosnia and Kuwait.    After America sent billions of dollars in aid to Muslim countries.  And after America helped Osama bin Laden and the Muslims in Afghanistan fight off the Russian assault in the 1980s.  America received a Muslim expression of appreciation on September 11, 2001.  – The ‘U.S.’ – Ultimate Sucker or Unknowingly Suicidal? [3]

In case you are unaware of some of Islam’s recent displays of ‘Thank You Cards’ presented to those who help them, check out This is Islam [4].

Here is an American Ambassador being killed and his body dragged out of the American Embassy.   And once again, members of the death cult known as "Islam" are shouting 'Allah Akbar' over the body of a dead American

NEW YORK – A 19-second video obtained by WND from Libyan expatriates apparently shows the body of Ambassador Christopher Stevens in a morgue in Benghazi after the Sept. 11 attack in which he and three other Americans were killed. …

Immediately after the attack, reports by the Lebanese news organization Tagyar.org, citing Agence-France Presse sources, said Stevens was alive after terrorists attacking the compound captured him and that he was sexually abused prior to being killed. …

In September, WND reported [5] that Stevens played a central role in recruiting jihadists to fight Bashar al-Assad’s regime in Syria, according to Egyptian security officials.

Last month, Middle Eastern security sources further described both the U.S. mission and nearby CIA annex in Benghazi as the main intelligence and planning center for U.S. aid to the rebels that was being coordinated with Turkey, Saudi Arabia and Qatar.  …