Don't know if there is a word to describe this ad by the pro-death group Center for Reproductive (Fuck As You Like) Rights.  'Disgusting, despicable, inhumane, barbaric; none of these can even begin to describe what in essence is a commercial that celebrates the butchering of 55 MILLION BABIES!

What this ad does confirm more than anything is that we are still stuck in ancient history.  The 'civilized' world is yet to dawn. It's not even debatable;

Of course the operative word here is 'humane.'   Anyone who is willing to argue that the physical mutilation of an unborn baby is humane is subhuman and has no right to be in any debate outside of his own deprived community.

The only viable explanation here is what Dr. Michael savage expounded on in his book: 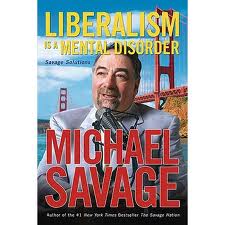 [1]This ad and the philosophy behind it is evidence that what Savage says is 'dead on' but I would take it even one step further.

These people have a mental disorder that is so bad it diminishes their very humanity.

The creepiest abortion ad ever? Quite possibly.

In fact, the ad is so bizarre and so offensive that Stanek charitably wondered if it wasn't a spoof.

Over at First Things, Austin Ruse wondered whether the ad isn't the "creepiest ad of the year."

But what's so offensive about this ad? Well, check it out for yourself. And see if you can stop yourself from gagging. I couldn't.