There are three ways in which America can be saved from the impending demise that has been set on the fast track by the lawyer Oligarchy (forewarned by Jefferson [1]) that now controls this country. 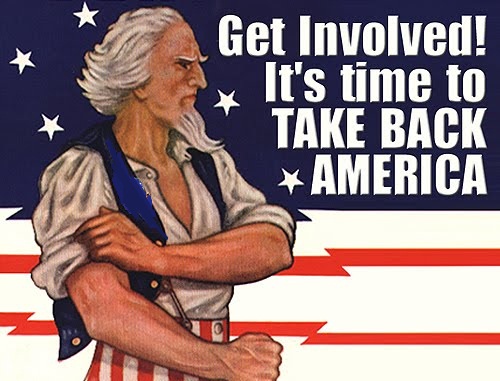 [2]Number One is an armed revolt as our forefathers were forced into in 1776.  Number Two is by simply waking up the American electorate to the fact that they have naively created this doomsday scenario by (unconstitutionally)

The U.S. Constitution:
Article I, Section 6, Clause 2, forbids a sworn judicial officer from taking a second oath as a lawmaker

No Senator or Representative shall, during the Time for which he was elected, be appointed to any civil Office under the Authority of the United States which shall have been created, or the Emoluments [3] whereof shall have been increased during such time; and no Person holding any Office under the United States, shall be a Member of either House during his Continuance in Office.

voting lawyers into public office to the point that lawyers are now in total control of all 3 branches of government; making the 'Separation of Powers' doctrine inoperable and replacing our Republic with the Tyranny [4] warned by James Madison, the Father of The Constitution.

[5]And last but not least; Number Three is to just stop paying  federal income taxes.  As the old saying goes: 'Action speaks louder than words ' or as another old saying goes; 'Take away the cheese and the rats will go away…'

Up until now, the American citizens have been protesting in the millions.  Take Obamacare for example.  Some three quarters of the country was against it.  Meant nothing in the end as the lawyer/leaders that control America again made up new rules so that they were guaranteed it's passing.

All the thousands of patriotic websites, petitions, talk radio, churches, articles, books, TV specials – on and on and on…

And yes , even YOUR VOTE!

They all mean NOTHING as long as lawyers are elected to office and remain in control.  Perhaps this is confusing since you very rarely if ever hear about this 'tumor' that is killing America.  This short letter may help you understand:

A Message from Our Masters [7]

We decide if and when the laws are constitutional.

We have total control of your local, state and federal governments.

We decide how much of your paycheck we will keep and how it will be spent.

We decide what is moral and what is not.

We all went to Law School

Don’t blame us, thanks to your ignorance, we now control the greatest nation in the world.

But we’re not interested in The Character, The Class, and The Glory That is/was The United States of America

We are interested in something far more noble and deserving;  Us.

So just keep working and paying us your taxes.

And when you vote don’t worry about which party you vote in.

We control them too.

So stop your questioning and complaining and just keep voting us into office.

You are indeed ‘Useful Idiots’