Syrian rebels: “When we finish with Assad, we will fight the U.S.!”

Anyone with actual knowledge of The Middle East knows that Islam has taken over the entire region save for Israel, Lebanon and Syria.  And anyone with any clue about Islam knows that they don't fight for democracy.  Indeed the word 'Islam' means submission (from Arabic: surrender (to God), from aslama  to surrender].

And so now that Egypt and Libya have been taken over by Islam and Sharia law, they are working on Syria, for which I am most knowledgeable about since I married and lived there,   Open Letter To Bashar Assad [1]

What is so mind boggling here is that America and the West can not even see the reality when in fact they have Iran and most currently Libya and Egypt as demonstrative examples of what happens when Islam takes control of a country.

It's not surprising that a John Kerry (Boston College Law School -1976) would be so blind and ignorant about Islam being that he is liberal and indeed honorary member of 'The Cult of Baseless Reasoning.'   But now along comes new 'face' of the Republican Party Marco Rubio.  (University of Miami Law School -1996.)  I was hoping that Rubio would be an exception to the rule and one of The Good Guys. [2]    But no luck.  This is what Rubio has to say about Syria and it is exactly what anyone would say that HAS NO CLUE about what is happening OR TOTALLY DISREGARDS Islamic history and the latest events in The Middle east:

“Five years from now, three years from now we could have a nation in the northern part of Africa that is Islamic, is Muslim and Arab and yet pro-American and a democracy and our ally in confronting the problems in the region and the world. That’s the opportunity before us.” – See more at: http://shark-tank.net/2013/02/28/syria-the-next-radical-islamist-state/#sthash.y3mdz1PL.dpuf

“Five years from now, three years from now we could have a nation in the northern part of Africa that is Islamic, is Muslim and Arab and yet pro-American and a democracy and our ally in confronting the problems in the region and the world. That’s the opportunity before us.”
“I’m cautiously optimistic about Libya’s future,” Rubio said. “They do have some challenges including the potential of infighting to break out between some of these different militias. There is some concern about the role that Islamists may play. Islamists by all accounts are a small minority of both the population and of the militia members, but they are the best organized.”

Rubio said Islamists do not enjoy widespread support and are likely to win “very few seats in a parliament” if there are free and fair elections.- 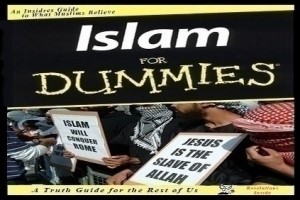 Clueless, inept self serving failures.  That's the lawyer leadership that is leading America down The Road to Perdition.  The evidence is now in; Marco Rubio has now joined this pathetic list of lawyers whose legacy will someday be recognized as America's seeders of destruction.. [4].

Syria, the Next Radical Islamist State?

Syria, the Next Radical Islamist State?

As expected, the U.S. is slowly involving itself into another potential Middle East diplomatic disaster, as it has decided to send non-military aid to the Syrian rebels, who just happened to be fighting alongside Muslim extremists against the al-Asaad  government. Many of these same extremists fought against and killed U.S. troops in Afghanistan and Iraq.

Secretary of State John Kerry met in Rome with the “Friends of Syria” coalition and  stated that Washington would ramp up aid to the Syrian rebels, an aid package that would give the Assad’s opposition another $60 million in humanitarian relief, namely food and medical supplies.

Senator Marco Rubio has also come out in support of this measure, but as U.S. Legislators like Rubio begin to give their stamp of a approval of aiding  the Syrian rebels, they seem to have forgotten the lessons learned from the past.  History has taught us that most U.S. military involved conflicts  have started with the commitment of non-military aid. …