Being the founder and editor of GLOOG.us [1]you can understand why I hate lawyers and lawsuits; simply put they are destroying our country.

On the lighter side however, there are 2 lawsuits I would like to pursue.   The first is one against the state lottery.  The only 'problem' is that in order to file the lawsuit I have to have 'standing.'  In legal terminology it means;

To file a lawsuit in court, you have to be someone directly affected by the legal dispute you are suing about.  In legal terms, this is called having “standing” to file the lawsuit.

Well of course then that means I would have to win the lottery in order to file suit so the odds aren't good.  But this is an interesting law suit and will be addressed later in a separate post. 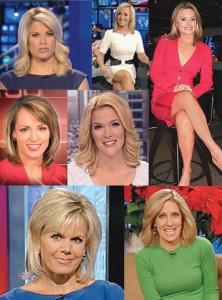 But the subject at hand is 'The Girls at Fox News',  Since I started watching Fox News, I have wanted to file a class action lawsuit against Fox on behalf of all ugly women!  I mean think about it.  If all the Fox women were white, or all were black, or all were single, or all were married, or all were, well you get the picture.  There would have been a lawsuit filed years ago. 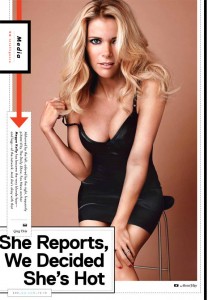 [4]So then my lawsuit makes perfect sense, right?  Think I'm nuts?  Then maybe you should take a look at this hilarious video which I am labeling; 'Exhibit A'.


And Of Course There's The Classic

A country-music singer and songwriter who has penned songs for the likes of Hank Williams Jr., Martina McBride, Dolly Parton and Wynonna Judd has now produced a brand-new song and video that’s going viral, immortalizing the legendary beauty of the women on Fox.

Titled “The Girls On Fox News,” the song starts off with a true-to-life description of what happened to its writer and performer, Austin Cunningham: …