Next to my own father, there can be no other man who I love and respect more than Dr. Robert Edwards.

(Full Disclosure – OK I’m definitely not ‘objective’ here.   The 4 angels we have been blessed with are here today thanks to God and the brilliance He bestowed upon Robert Edwards). – (TBLG) [1]

In 2010 Robert Edwards won the Nobel Prize in Medicine for his work which led to the first 'test tube baby' more formally known as IVF – In Vitro fertilization in 1978.  He passed away last week at 88. 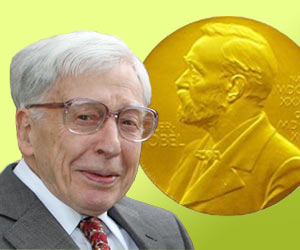 [2]Sir Robert Geoffrey Edwards, (27 September 1925 – 10 April 2013) was a British physiologist and pioneer in reproductive medicine and in-vitro fertilization (IVF) in particular. Along with surgeon Patrick Steptoe, Edwards successfully pioneered conception through IVF, which led to the birth of the first test-tube baby, Louise Brown, on 25 July 1978.  He was awarded the 2010 Nobel Prize in Physiology or Medicine "for the development of in vitro fertilization".  (W) [3]

Since he developed this life giving science, millions of babies have been born and millions of families have enjoyed the blessing of children thanks to him.

Thank God for the genius of this great man and from my family & millions of others – God Bless You Robert Edwards and Thank You.

The Father, The Son, The Holy Ghost and Robert Edwards… [1]