It is said that you get the government that you vote for.  Well this can be no clearer than the reality that is behind the Boston Bombings.  Here's some facts that will turn anyone's stomach.  If the world started yesterday, these scumbag politicians would have an excuse.  But after the last 4 decades and 9/11, these bastards should be hung in the town square to show all future self serving politicians the meaning of the word treason and that traitors will be held accountable.

Aiding and abetting an enemy in times of war and waging war against the US are acts which are commonly defined as treachery, or perpetration. If you attempt help an enemy in wartime in any way, you are subject to either sentenced to jail for over 100-250 years, or shot on sight, plain as that.

On May 22nd, Massachusetts Governor Patrick embraced the radical leadership of the Muslim American Society (MAS), including Imam Abdullah Faarooq who told followers they must "pick up the gun and the sword" in response to the arrests of local Islamic extremist Aafia Siddiqui and terror suspect Tarek Mehanna. Full sermon by Imam Faaruuq is available here: 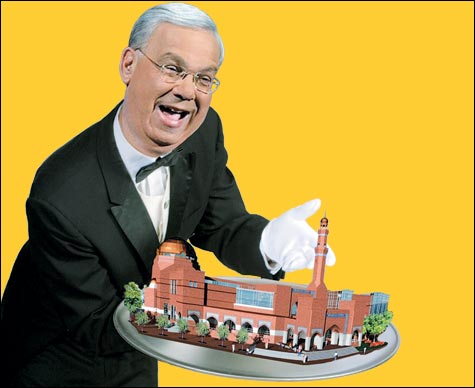 The Boston Bombings And “Menino’s Mosque”

As soon as we learned the identity of the two Boston Marathon bombers, I wondered “Did they attend Menino’s Mosque?”

I’ve been writing, talking and complaining about this taxpayer-funded violation of the First Amendment [2] since 2006.  It was then that the ISB sent me a subpoena demanding my emails, phone records and show notes related to my on-air conversations about this scam. [3]

I told them to “Kiss My Burkha,” and that was that.

Now we find out that, yes, the bombers did attend ISB services at their Cambridge location [4]: