"America has set off a supply shock that is sending ripples throughout the world."

Boom in Shale Oil to Transform U.S. from Oil Importer to Exporter

The BBC is reporting that over the next five years, the U.S. will go from a leading oil importer to an exporter, thanks to the developments in U.S. shale oil.

[1]The International Energy Agency (IEA) says "North America has set off a supply shock that is sending ripples throughout the world."

And although there has already been a shift in oil markets via shale oil recovery in North Dakota and Colorado, among other states, fracking technology and the continued expansion of oil shale recovery promises to "reshape the whole [oil] industry." This includes displacing Russia as the "world's biggest gas producer by 2015" and watching the U.S. "become all but self-sufficient" in energy needs by 2035. 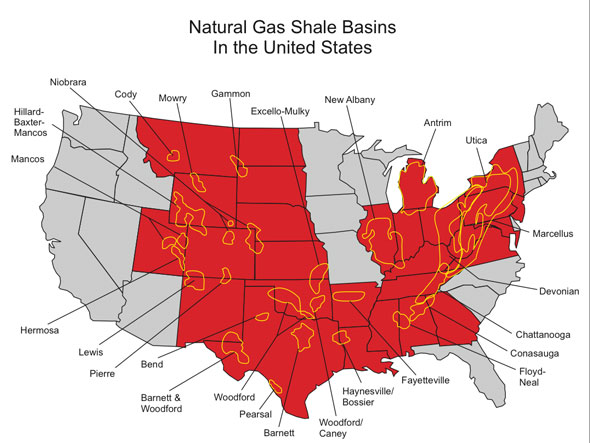 It is interesting to note that while President Obama spent his first term opposing the Keystone Pipeline, the expansion of oil exploration in the Gulf of Mexico, and offshore drilling broadly speaking, oil companies driven by ingenuity have put the U.S. on track to take away the advantage OPEC has enjoyed for decades.