Does anyone with viable brain cells really think Obama had a 'change of heart' on attacking Syria and that he wants to get the approval of the Congress/The People before he acts?  For those who do, I have a bridge in Brooklyn for sale…

One needs only to ask why is this so different from all the other situations where Obama acted alone without or even against the will of the people.  Does Libya or Obamacare  come to mind?  Those are just a few.  For a more complete list, and it is very long, go here [1].

And can you really blame this guy?  It has been just so easy to deceive America since he has at his disposal the mightiest arsenal of all; 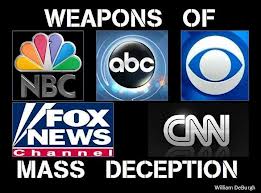 The only logical answer (sorry to use such an archaic method…) is that the real evidence is mounting that shows that the 'rebels' in Syria are the ones who used the gas, not Assad.   So before his ignorance, or more plausibly his complicity [3] is exposed, he had to switch gears and punt the ball over to Congress so they will 'own the issue' once all the evidence surfaces.

RUSH: What if Assad was framed by the rebels and the Obama admin? ALSO video proof rebels used chemical weapons…

There is a growing volume of new evidence from numerous sources in the Middle East — mostly affiliated with the Syrian opposition and its sponsors and supporters — which makes a very strong case, based on solid circumstantial evidence, that the August 21, 2013, chemical strike in the Damascus suburbs was indeed a pre-meditated provocation by the Syrian opposition.

The extent of US foreknowledge of this provocation needs further investigation because available data puts the “horror” of the Barack Obama White House in a different and disturbing light.

On August 13-14, 2013, Western-sponsored opposition forces in Turkey started advance preparations for a major and irregular military surge. Initial meetings between senior opposition military commanders and representatives of Qatari, Turkish, and US Intelligence [“Mukhabarat Amriki”] took place at the converted Turkish military garrison in Antakya, Hatay Province, used as the command center and headquarters of the Free Syrian Army (FSA) and their foreign sponsors. Very senior opposition commanders who had arrived from Istanbul briefed the regional commanders of an imminent escalation in the fighting due to “a war-changing development” which would, in turn, lead to a US-led bombing of Syria.   read more… [4]

Recent news of a chemical weapons attack in Syria smacks of desperation. The question comes down to who is most desperate right now, the Assad regime or the Muslim Brotherhood rebels? Consider that since June, Assad’s forces have been winning. According to a CBS News report [6] from last month, victories for the rebels had become “increasingly rare” and that the Muslim Brotherhood-backed opposition fighters were sustaining “some of their heaviest losses” near Damascus.

On August 24th, a video was uploaded and featured on facebook that purports to show Syrian rebels loading what very well may be a rocket armed with some sort of chemical agent. The tip of the rocket is armed with a light blue tank or canister that very well contains a nerve agent. At the end of this video, two separate launches of these rockets can be seen:

Testimony from victims strongly suggests it was the rebels, not the Syrian government, that used Sarin nerve gas during a recent incident in the revolution-wracked nation, a senior U.N. diplomat said Monday.