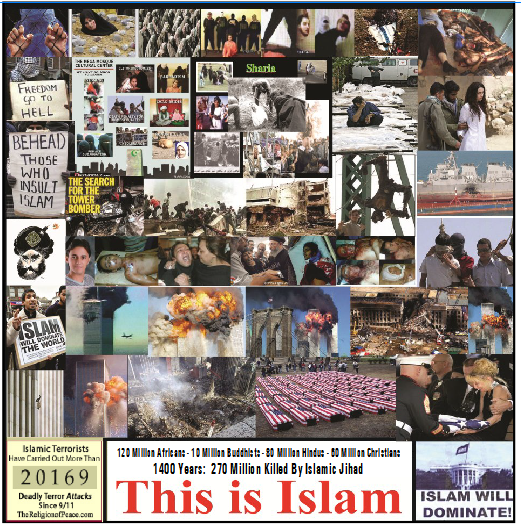 It is just incredible how this cult of death can debase all semblance of humanity with their subhuman actions.  I have given up thinking that these soulless creatures could ever surprise me again with their savageness.   For any sane and civilized person, there can be only one conclusion; Islam must be eradicated from this world.   Either we remove once and for all the 'tumor' of this lethal cancer or for sure it will kill us all.

"TORONTO – Somali police have arrested a Somali-Canadian for allegedly beheading his four young sons.
Omar Hassan's estranged wife told The Canadian Press early Wednesday that the children, ages 11, 9, 7 and 6 were killed by their father on Monday. Qadra Addawe said Hassan, 60, was a taxi driver in Calgary and had returned home a few months ago.
Read Complete Post at