This piece by Larry Klayman (All American) [1] of Freedom Watch is scary, especially since it was written over 2 years ago and we’re that much closer to the obvious cultural demise; that is unless we take the only action that can reverse America’s collapse!  (See how here) [2]

….  In the 235 years since we declared independence from King George III, we have “achieved” what it took the Roman empire over 2,000 years to do: produce a decadent society that is rotting from within and about ready to “go down for the count.”    While our bankrupt ruling “political nobility” and sinister foreign terrorist states like Iran, North Korea, Venezuela and Russia continue to pose great external threats to our existence as a civilization, the hard fact of life is that our nation is even more threatened by our own degenerating culture. Just consider these hard facts. 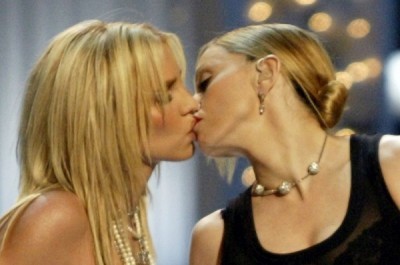 [3]First, Hollywood, our most influential “educational” institution, continues to spew forth television shows and films that debase our Judeo-Christian values. As just one example, MTV, that entertainment network for our youth, showcases low-class, hetero and homosexual sex among minors, as if this were the norm in society. Given its great reach, and the willingness of politicians such as Barack Obama and Bill Clinton to use it to reach out for votes, MTV has had an enormous influence and degenerative impact on our youth. And, MTV is just one example. Films like Sacha Baron Cohen’s “Bruno,” which delved into bestiality, take this filth up yet another notch. These are not the exceptions but the norm. It’s time that a competing network to MTV were established – and its time for Hollywood to reform itself. 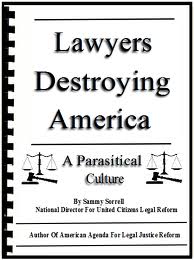 [4]Second, our legal and court systems exacerbate the rot from Hollywood. I have written before about the complete lack of integrity among our judges and lawyers. And, consistent with this, I found it ironic the other day to hear Secretary of State Hillary Clinton excoriate Russian Prime Minister Putin for greasing a criminal conviction of a political opponent, when the same thing happens here. And, ironically, if it weren’t for the corrupt legal institutions in our nation’s capital, Hillary herself would have been put behind bars for decades if not life, given her role in such now-infamous scandals as Chinagate, Travelgate and Filegate, to name must a few. Over 80 witnesses died during her husband’s administration; just the law of averages? Hillary is the “poster child” to the absolute cesspool of the legal and governmental systems the American people are forced to endure.   GLOOG – Get Lawyers Out Of Government [2]

[5]Third, there is the role our clergy play. To say that most of them are not brave followers of Jesus Christ or Moses would be an understatement. More courage is needed among our clergy to affirmatively push a godly agenda, without fear that the state will take away their tax-exempt status. Certainly, there are good and heroic ministers, priests and rabbis that are revolutionary in spirit, but there need to be more during these trying times. And, the men and women of the cloth need to be prepared to take a prominent role in “leading” the people to the “Promised Land” by sticking their necks out big time to fight the corrupt “money changers” in the media, government and legal establishments.   The Church’s Sin of Silence [6]