Obama has just given Islam, via Iran, the right and his ‘blessing’ to go forward and fully develop the nuclear capability to destroy Israel and then conquer the rest of the civilized world; just as they have promised to do since Islam was founded.

Anyone who knows anything about Islamic Jihad knows that lying (known as ‘Taqiyya’ in the Koran) is an ordained method of fighting the ‘infidels’.

Taqiyya (“al Taqiyya”) is the Muslims’ license to lie to infidels in order to camouflage Islam’s holy war strategy (jihad) to conquer the world.   The strategy mentioned through orders and solicitations in the Quran 3:28 and other Islamic writings and reference applies to all Western countries and against all infidels(non-muslims). (1) [1]

Taqiyya is of fundamental importance in Islam. Practically every Islamic sect agrees to it and practices it … We can go so far as to say that the practice of taqiyya is mainstream in Islam, and that those few sects not practicing it diverge from the mainstream … Taqiyya is very prevalent in Islamic politics, especially in the modern era.   (2) [2] 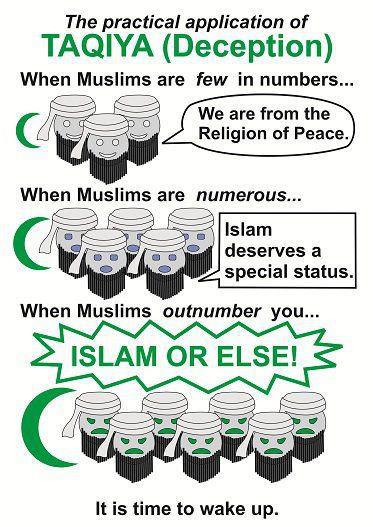 Hard to fathom that the West  still thinks it can sit down with these people and negotiate a peace treaty or any other agreement.  Of course they will tell you and sign anything that will lower your guard and give them time to achieve their victory and/or conquest.   Mohamed was famous for this and prescribed it in the Koran because of its success against otherwise ignorant and gullible opponents. 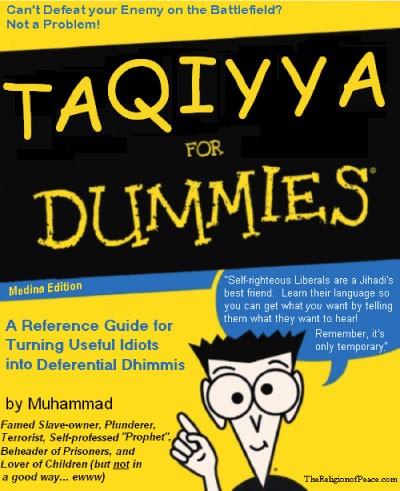 And so again it happens.  Although this time it’s not surprising at all considering the Muslim President is negotiating with the Islamic regime in Iran.

November 23, A Day that Will Live in Infamy

The deal with Iran is a disaster. The consequences will be catastrophic. November 23 will be as infamous a day in history as the assassination of the Archduke Ferdinand or October 1, 1938, when the Czech frontier guards left their posts and German troops occupied the Sudetenland.

How is such a dramatic reversal of American foreign policy for freedom possible? How is it that the opening shot of WWIII can go by without outrage, or at the very least, critical analysis?

The media, the most powerful political organization in America.

Israeli Minister of Finance Yair Lapid: “I can’t understand the world’s failure to notice the nineteen thousand Iranian centrifuges. We may be the only child in the room saying the king has no clothes but that’s what we must do.”

Obama’s catastrophic failures would not be possible without a politically driven media bent on advancing a pro-jihadist, leftist President. And he knows this. He knows that whatever he does will be praised and heralded by the enemedia. Power without accountability. Stealth war on America. The harassment and attrition of those in opposition of Obama by the IRS, the murder and cover-up of our Ambassador and attaches in Benghazi, Fast and Furious, Obamacare — all of it grounds for impeachment — were glossed over, ignored, or heralded by an enemedia. …

Obama Lies Again About Islam – Taqiyya at The White House [6]