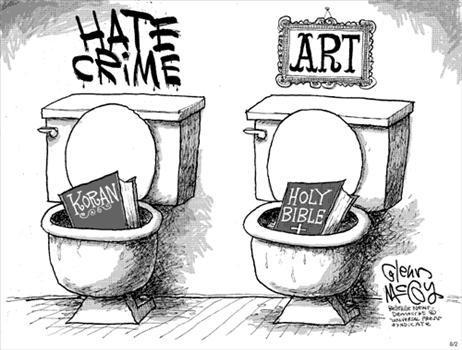 I’ll know that America has a future when the President of The United States bans Islam, and bans all Muslims from immigrating into our country.  Think it’s far fetched?  Take it to the bank.  That is if we’re lucky and finally get a real American leader in the White House.  Unfortunately,  it will only happen after a major city is destroyed and/or millions butchered by Muslims here; again.   This is apparent because of the experience of the last 12 years after 9/11.

Since 9/11 the number of Mosques in the US has tripled. And Muslims have become so emboldened by the gullibility and weakness of America that they are even proposing a Mosque right next to the Ground Zero.  read more… [2]

Since 9/11  over 4000 American soldiers have been killed by followers of Islam.

America defeated Nazism, Fascism and Imperialism in 4 years.  Wars in Iraq and Afghanistan are now going into their 10th year with no victory in sight..  See The War Without a General  (here) [3]

The whole Muslim world burns and kills when even a cartoon about Mohamed is depicted.  But of course they can burn churches, kill preachers and do whatever they want and the world pays no attention.

How suicidal does America have to be to even let these enemies of humanity into our country?   Here’s the latest in the long list of hypocrisy by the world’s greatest hypocrites.  This scum at NYU should have been dragged out of the school and put on a plane to who cares.  And that’s being too nice…

As Christians around the world celebrate the birth of Christ, Muslims are busy mocking the depiction of his last meal before being crucified. via 7th Rangers [5]

A Muslim woman by the name of Fatima Ali and her friends from the Islamic Center at NYU have crossed the line of disrespect by posing in a mocking photo of the ‘Last Supper of Christ.’

Ali told The Huffington Post, “For this year’s photo, we wanted to do something that, in its own humble way, aimed to bridge the gap between Eastern and Western cultural and religious norms. We looked up the painting, assigned each person a character, and meticulously tried to mimic the image, while also making it our own.” 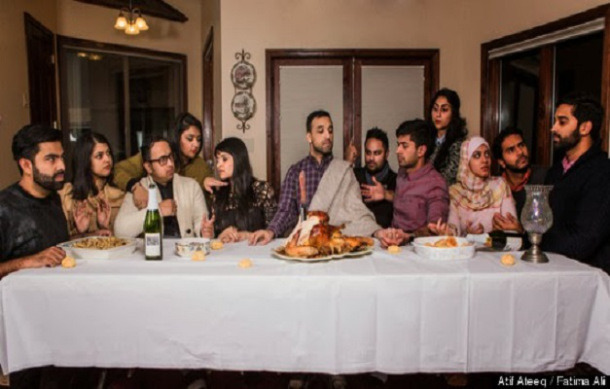 Here’s the latest in the long list of hypocrisy by the world’s greatest hypocrites.