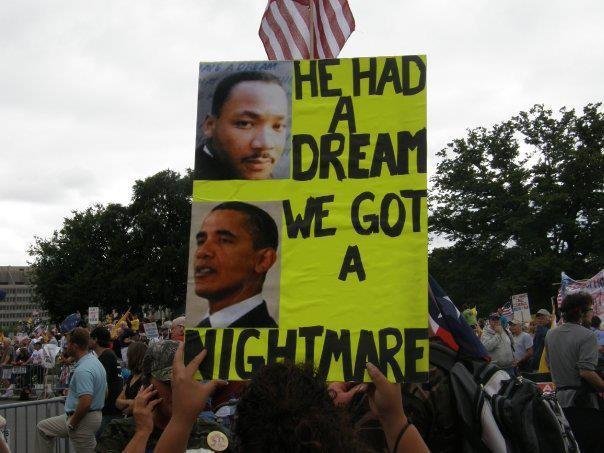 [1]Until 2008, I respected the Martin Luther King Day as a national observance of a great American.   Since 2008 and especially now, it now represents only a dream for a pathetic group of people that didn’t deserve this dream or the man who dreamed it for them…

Mike Master is more specific in his review of the hypocrisy of this holiday.  Also he tells of his personal experience with General Colin Powell and adds credence to my understanding of Mr. Powell’s obvious prejudice … 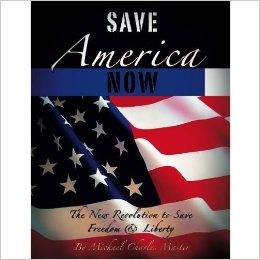 [4]Martin Luther King, Jr. was a great man.  He had his flaws, especially with women, but he also had a dream for mankind.  He saw in his dream all men and women of all colors walking hand in hand as equals.  Not as financial equals or intellectual equals, but as humanitarian equals.  Many of us walked in marches across America during the 1960s to support him and then mourned him when he was assassinated.

Bobby Kennedy was a great man.  He had his flaws, especially with women, but he also had a dream for mankind that was a mirror of Martin Luther King, Jr.  Bobby put his dream for America into action in his quest to become president in 1968.  Many of us campaigned to help him get elected and then mourned him when he was assassinated.

These two great men of the 1960s were both assassinated because of their dreams.

In the United States, there are eleven holidays recognized by our federal government.  These have changed since my days as a child in Detroit.  The holidays for the birthdays of George Washington and Abe Lincoln along with the holiday for Good Friday during the Easter weekend have been eliminated.  Instead, the Federal Government celebrates President’s Day, which lumps all the presidents together, and ignores Easter.

A couple of things jump out from this list.

First, holidays fall into three categories.  Holidays either celebrate an event, or a group of people, or an individual.

So why are there no federal holidays for any other American citizens?  How about a Ben Franklin Day?  Or a Bobby Kennedy Day?  Or a César Chávez day?  Are there no other citizens in the history of the United States who are worthy of having a dedicated holiday other than Martin Luther King, Jr.?

Or better yet, if there are no holidays to honor any other American citizens, then why do we celebrate a holiday for Martin Luther King, Jr.?

We celebrate a holiday for Martin Luther King as patronizing for Black votes and as political correctness.  It is reverse discrimination.  It is an action of tyrants.  Martin Luther King Jr. has been exploited by politicians and tyrants for their personal political agendas in the name of social justice – to promote socialism as the next progression in Ravi Batra’s cycle.

Martin Luther King, Jr. would never have tolerated this reverse discrimination, this inequality.

Tyrants have been using political correctness for eternity to cause the masses to conform.  Sensitivity is one thing.  Decent human beings should respect one another.  Suffocation is another.  And tyrants in the United States are no exception.  Suffocation of dissent towards these “politically correct” actions is another way the “in crowd” oppresses the mind of man.

All of the liberal tyrants would scream discrimination.

Barack Obama was sent an email from me during the 2008 election.  It outlined his lies, misstatements and omissions during the 2008 campaign.  Other people posted it on web sites and some estimates were that 10 million people read it.

General Colin Powell read my email to Barack Obama and sent me a personal letter on October 26, 2008.  He made no defense for Obama’s misstatements and lies.  He made no comments about the specific details in the email to Obama.  Instead, General Powell’s letter to me included these two comments:

“The email is the usual anecdotal, out of context attacks, rather than a serious attempt to help the American people understand the issues.”

“Yes, 95 percent of blacks will vote for Obama.  Maybe you should be asking why?”

“Martin Luther King spoke about the day when people would be judged by their character, not their color. Well, we also need to be free to judge people on their competence and on results, and it’s high time that America’s blacks started saying this out loud…” (Prelutsky).

When General Powell announced his endorsement for Barack Hussein Obama, he also spent time disparaging Sarah Palin.  While he said in his letter to me that attacks of Obama’s character and experience were “anecdotal,” he went on the attack of Sarah Palin about those same “anecdotal” items.  So it seems that to me that General Powell practiced a double standard: one for the black candidate that did not include scrutiny of his experience and character and then one for the white female candidate that did.  That double standard is racism.  It is not equality.

It appears to me that General Powell and the liberal media/entertainment/education cartel did not want America to focus on what should be the number one issue in hiring someone—character.  Instead, they did exactly the opposite of Martin Luther King, Jr.’s dream.  They did not let America judge Obama on his character.  They helped distract us.

Well, racial discrimination is alive and well in America.  It is being fostered by white and black liberal tyrants for their own political power in the name of “political correctness” and “social justice.”

Posted on August 8, 2013 by Burt Prelutsky~
I realize that’s a provocative title, but let’s face it, as things stand, the third Monday of January would be better used to celebrate grandmothers or our beloved pets. By devoting a national holiday to Rev. King, we’re only highlighting the abyss that exists between his hope that we begin judging one another by our character rather than by our skin color and that inconvenient thing called reality.

As we saw during the entire Trayvon Martin/George Zimmerman brouhaha, the majority of blacks see everything in terms of black and white. And why wouldn’t they when their so-called leaders, including the man in the Oval Office and the fellow heading up the Justice Department, see America in those same myopic terms?

Recently, when the white students at Georgia State University decided to start a White Student Union, judging by the cries of outrage from the usual suspects, you would have thought the Klan was back burning crosses in the middle of the night.

But why is it racist when white students do what black students have been doing for decades? At GSU, the racial breakdown is split nearly 50-50 between whites and blacks, so it’s not even as if there’s only a tiny handful of blacks who feel they have to cluster together, the way American tourist groups do in foreign countries.