Finally someone tells it like it is in the ‘Brain Dead Media.’     Brit Hume over at Fox News gave a very ‘bottom line’ commentary about abortion.  Referencing the 41st anniversary of Roe v. Wade, Hume said the Supreme Court [1]decided that a “generalized right to privacy that they basically invented meant that a woman has a constitutional right to snuff out an unborn life — a human being with a beating heart.”

Bravo for Mr. Hume who most of the time, like most, chooses his rhetorical position too ‘carefully’ to ever make the point thus losing any chance of winning the debate in the PC sound bite world of misinformation and public propaganda that exists today. 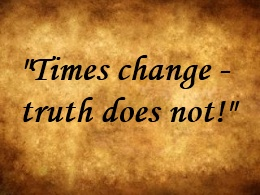 [2]I do have to take one exception to his point about what it will take to ‘change everything’  about how people view abortion.  He says that ‘he looks to science to prove more conclusively that fetuses can feel pain, if possible, from the beginning…’   Wow! Just think about what that is saying;  abortion, aka murder, [3] is acceptable to people as long as the baby, aka the victim, doesn’t feel any pain!   I guess we need to then redefine the legality of murder or killing someone….

The only thing that will change the stance for those who think this atrocity is a women’s right’ is to be brutally honest about it.

But what would happen if today’s news media were to report accurately, objectively, and courageously on abortion – as the New York Times did way back in the 1870 when a headline this groundbreaking investigative series of works in New York, “The Evil of the Age”?

What if reporters and editors cut through the high – flying rhetoric of civil rights and constitutional freedom and women’s health and brought the issue down to little, perfectly formed human babies – 3000 of them every day, the same number of people as perished on 9/11 – being painfully ripped apart, suctioned, chemically burned, sliced up, or decapitated?

What if the press diligently reported on the proven and devastating physical and psychological effects abortion has on women are on the many studies that show abortion these to an increased risk of breast cancer, or what if the press actually broadcast pictures or video of abortions?

Can there be any doubt as to the result? Americans would see the truth once again, in the realization of the horror of abortion would, as it did for centuries before this generation, seeking to and eventually permeate the public consciousness. Abortion would not only becomes illegal once again, but would widely be recognized as grossly immoral, barbaric and criminal. – From the Classic Book: 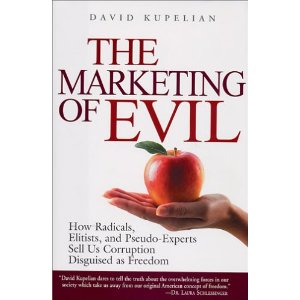 The best evidence of this comes right from ‘the horses mouth:

Bernard Nathanson, M. D., co-founder of the pro – abortion vanguard group NARA was one of the principal architects and strategists of the abortion movement in the United States. He tells us an astonishing story.

In 1985, intrigued by the question of what really happens during an abortion the first three months of the pregnancy, Nathanson decided to put an ultrasound machine on the abdomen of the women undergoing an abortion and to videotape what happens.
“We got a film that was astonishing, shocking, frightening,” he says. “It was made into a film called the silent screen. It was shattering, and pro – abortion people panicked.” …

“They took a fetuscope, which is a long optical instrument with a lens at one end and a strong light at the other. They inserted the fetuscope into the womb of a woman at 19 ½ weeks, and the camera was clamped on the eyepiece and then the abortionist went to work.”

“This procedure was known as a D&E. (dilation and evacuation). It involves dilating the cervix, offering a bag of waters, taking a large crushing instrument and introducing it way out into the uterus, grabbing a piece of the baby, pulling off a baby, and just repeating this procedure until the baby had been pulled apart, piece by piece.”

“Then the pieces are assembled on a table, put together like a jigsaw puzzle, so reporters can be sure that the entire baby has been removed. We photographed all this through the figures show. That is a shattering film.”

Thus did Bernard Nathanson, a cofounder and top strategist of the pro – abortion movement, come to be staunchly committed to the cause of ending legalized abortion in America. –  From David Kupelian’s ‘Marketing of Evil’ [4] 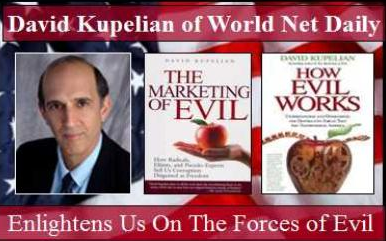 Although he doesn’t have that gift of delivery like Judge Jeanine [6] or the  wit, sarcasm and humor of Greg Gutfeld [7], his comments are a welcomed contrast to the everyday rhetorical cleansing of The American Holocaust. [8]