No doubt that when you love someone or something you are easy fodder for becoming their slave.  You refuse to criticize or condemn as you normally would.  It’s understandable.  It’s human nature.  You’re in Love! 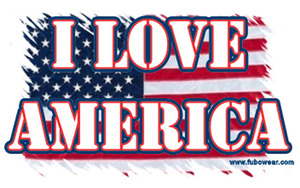 [1]And so most real Americans are in love with our country and rightly so.  It is not only the world’s greatest success story but it is a beacon of freedom and opportunity for the common man that is unparallelled in human history.  So what’s not to love?    The answer; taxes and leadership.

It is amazing how both of these are ignored by most Americans.  But I guess that’s because as we said, no one wants to condemn a true love.   We just put up with the flaws and changes as they come and hope that they will somehow go away and that the perfect someone or something will be there again.

There can be no doubt though that taxes and leadership are spearheading the destruction of our love affair with America.

Our leadership problem is pretty well known but the real cancer in our leadership is never discussed nor even recognized and so we go on getting leadership that get’s worse by each election.  This reality and cancer on America is exposed ‘beyond a shadow of a doubt’ at

And then there’s Taxes.   Remember that old saying ‘There are two things for sure in life; death and taxes.’  Well it looks like our lawyer/leaders have taken this as meaning that they should tax us to death…

The smart money says that 95% of every American has no idea of how many taxes they are paying.  The reason for this is quite simple, the ‘authorities’ have been very clever at hiding and or camouflaging most of the taxes we pay.    There are many many different words that now represent a tax such as fees, stamps, surcharges,  duty, fine, toll, tariff, assessment, levy, and on and on.

Our lawyer/leaders have become so damn good that they can now take the taxes right out of your pocket while your driving 60mph!   Try out the Florida ‘SunPass’ and you’ll see what I mean… 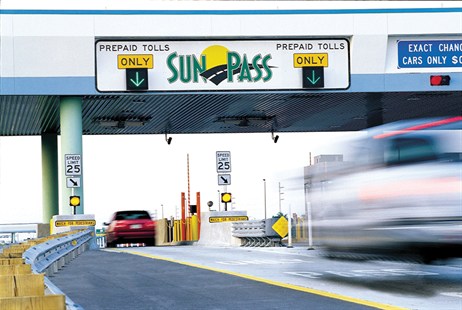 And so the pockets of our government can never be filled enough.  Of course the more we fill them up the more they enrich themselves and the more they waste.  And why not?  It’s just so damn easy to take money from the  Ultimate Suckers of America… 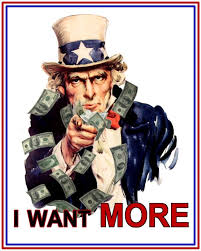 Here’s a great insight into a tax system that could only have been constructed by lawyers and a list that begins to give you an idea of what we’re talking about here. 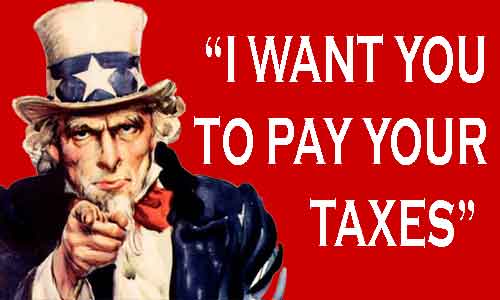 If you are like most Americans, paying taxes is one of your pet peeves. The deadline to file your federal taxes is coming up, and this year Americans will spend more than 7 billion hours preparing their taxes and will hand over more than four trillion dollars to federal, state and local governments. Americans will fork over nearly 30 percent of what they earn to pay their income taxes, but that is only a small part of the story. As you will see below, there are dozens of other taxes that Americans pay every year. Of course not everyone pays all of these taxes, but without a doubt we are all being taxed into oblivion. It is like death by a thousand paper cuts. Our politicians have become extremely creative in finding ways to extract money from all of us, and most Americans don’t even realize what is being done to them. By the time it is all said and done, a significant portion of the population ends up paying more than half of what they earn to the government. That is fundamentally wrong, but nothing will be done about it until people start demanding change. The following is a list of 97 taxes Americans pay every year…

In a previous article entitled “24 Outrageous Facts About Taxes In The United States That Will Blow Your Mind [9]“, I listed a number of reasons why our federal income tax system has become a complete and utter abomination that is entirely out of control…

1 – The U.S. tax code is now 3.8 million [10] words long.  If you took all of William Shakespeare’s works and collected them together, the entire collection would only be about 900,000 words long.

2 – According to the National Taxpayers Union, U.S. taxpayers spend more than 7.6 billion hours [11] complying with federal tax requirements.  Imagine what our society would look like if all that time was spent on more economically profitable activities.

4 – There have been 4,428 changes [10] to the tax code over the last decade.  It is incredibly costly to change tax software, tax manuals and tax instruction booklets for all of those changes.

5 – According to the National Taxpayers Union, the IRS currently has 1,999 [11] different publications, forms, and instruction sheets that you can download from the IRS website.

6 – Our tax system has become so complicated that it is almost impossible to file your taxes correctly.  For example, back in 1998 Money Magazine had 46 different tax professionals [11] complete a tax return for a hypothetical household.  All 46 of them came up with a different result.

7 – In 2009, PC World had five of the most popular tax preparation software websites prepare a tax return for a hypothetical household.  All five of them came up with a different result [11].

10 – When the U.S. government first implemented a personal income tax back in 1913, the vast majority of the population paid a rate of just 1 percent [15], and the highest marginal tax rate was just 7 percent [15].

If it was up to me, I would abolish the income tax and shut the IRS down.

But neither major political party in the United States is even willing to consider such a thing.

So the monstrous system that we have created will continue to get even bigger and even more complicated.

We are literally being taxed into oblivion, and most Americans don’t even seem to care.

And by the way, if you don’t like it here’s a special message for you:

A Message from Our Masters